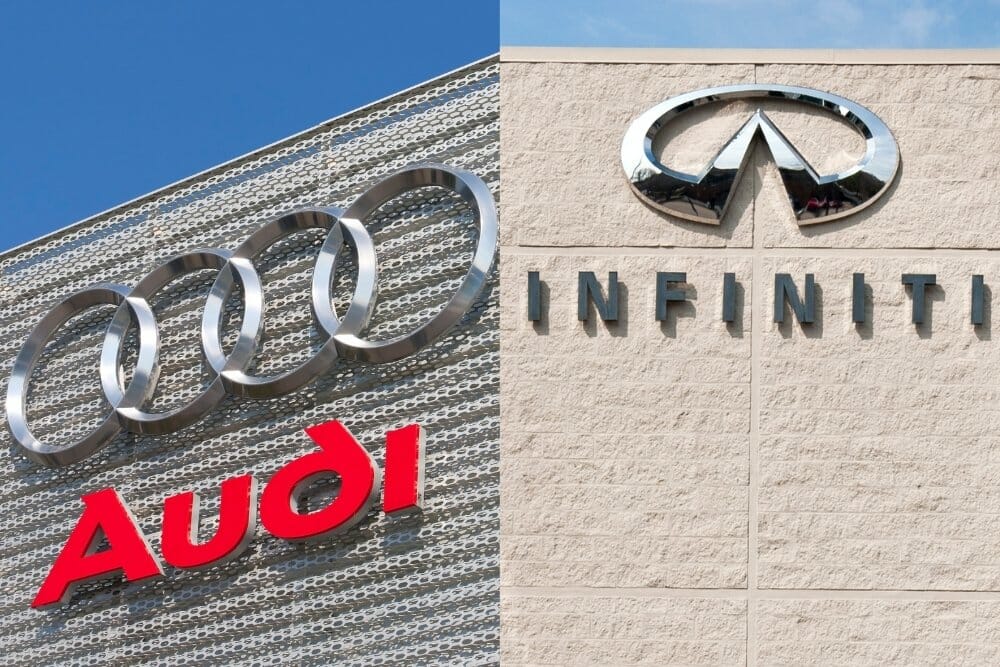 If you’re looking forward to purchasing a small SUV, then these two brands of cars might have crossed your mind at some point. Infiniti, a Japanese division of Nissan, started selling back in 1989 while their rival today, the Audi brand, from the Volkswagen family, became known in 1921.

Now, the problem comes in deciding which one is better since they have some striking similarities like all are luxury cars. We did some research comparing these two brands in various categories to help you in your decision-making process.

Read on to see how Audi and Infiniti stack up against each other in each category and determine which one emerges as the ultimate winner from our conclusion section.

Apart from the Audi SQ5, all other Audi models use a turbocharged 2-liter 4-cylinder engine. This type of engine generates up to 252 horsepower and 273 lb-ft torque. Its 7-speed dual auto transmission clutch sends this power to all its four wheels.

Though this brand also uses the same engine as the Audio cars, there is a difference in variable compression. To improve this brand’s efficiency and performance, the turbo engine compression ratio can change from the normal 8:1 to 14:1. The torque it generates is also impressive; 268 horsepower and 280 lb-ft, which either gets to the front wheels alone or all four wheels through the variable compression that is continuous.

For this category, Infiniti is the winner. 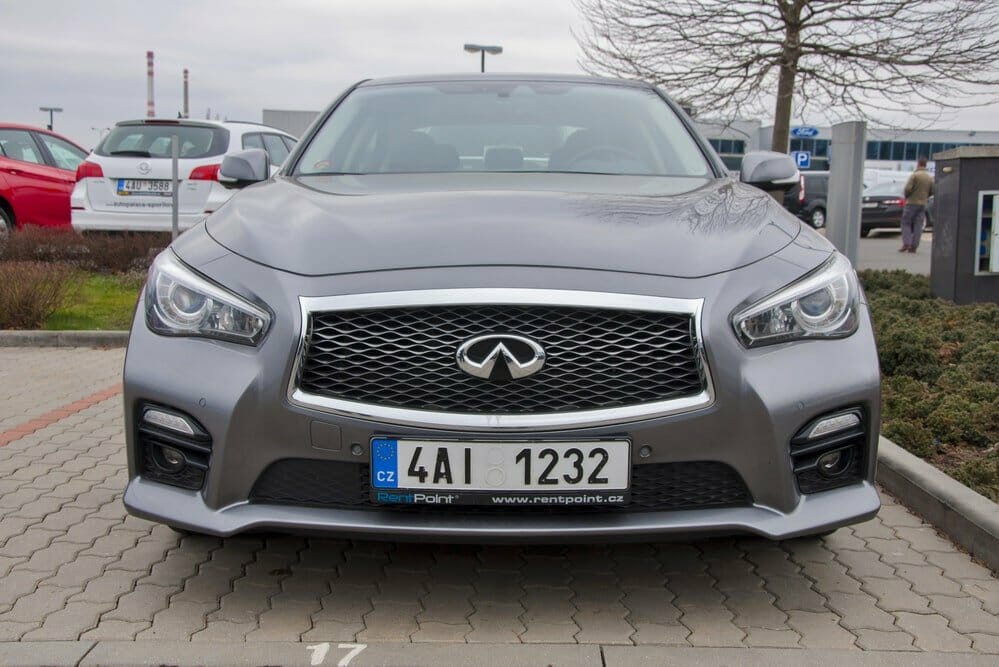 The first thing most buyers look for in a car is its reliability. You want to ask yourself several questions before the actual purchase; how safe is it, how long can it last, or how much will it cost to maintain and repair it. That’s how much reliability index can influence your buying decision. So now, let’s see how much these two brands are in terms of their reliability status.

From the ReliabilityIndex reports, Audi is ranked 34 out of a possible 40 brands with 195 as its reliability score. This is because Audi cars are likely to experience challenges such as oil leaks, exhaust problems, timing belts, clunking sounds, and problems with their electrical components.

However, other models like Audi TT, A3, and A4 are much more reliable than others. The ones with the least reliability scores are Q7, A8, and Q5

Compared to their rival Audi, you can say that Infiniti is a bit more reliable. But there is a mixed result for different models like you’re about to discover. The Infiniti M37, released in 2011, has a reliability score of 2 out of the possible 5, while the 2010 release M35 pocketed all the 5 marks.

From the consumer reports, Infiniti Q50 is among the least reliable models based on its passenger airbags and the electric power assist. The same reports later in 2016 ranked Infiniti Q7 as one of the most reliable cars around, giving this brand a score of 8 out of the 29 brands.

The most common challenges you’re likely to experience with all the Infiniti cars are: 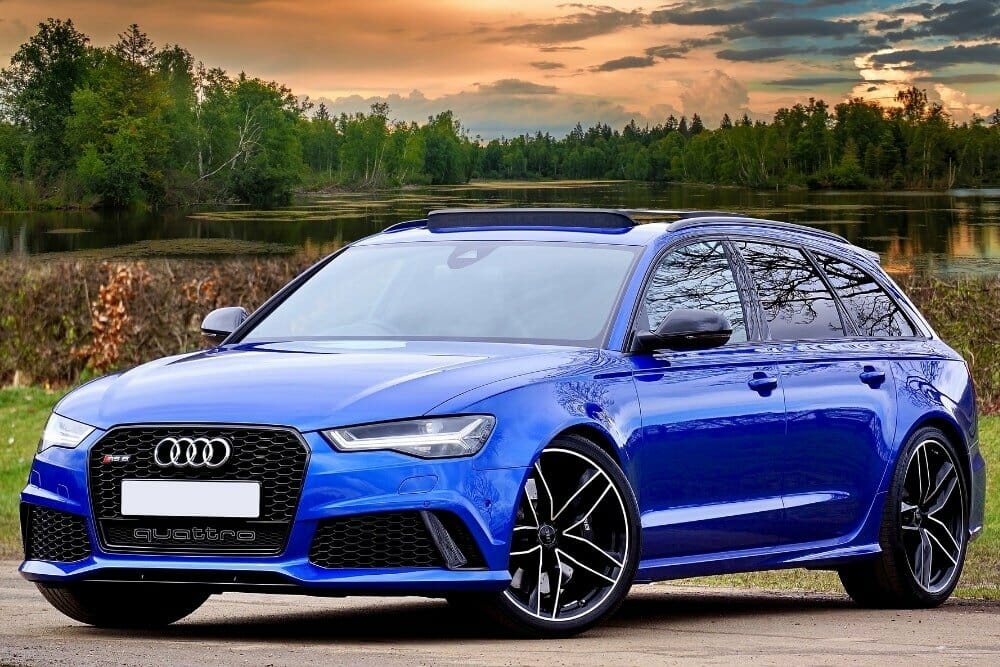 This brand is capable of hitting 60 miles/hr in under 6 seconds. Its performance on city roads is at 23mpg while on highways is 27mpg.

Due to its advanced engine, this brand has a better rating both in the city and on the highways as compared to the Audi brand. A combined 27mpg in front-wheel trim can go up to 24mpg on the city roads and 31mpg on highways.

This brand has some of the most beautiful interiors any brand can brag about, and the layout is just perfect with some nice materials. It boasts the highest trim level ever, including a virtual cockpit and a high-resolution screen to keep you up-to-date with every happening inside and around your car.

On the other hand, Infiniti cars don’t offer anything special as their rival, Audi, besides a simple and clean layout design from nice materials like Ultrasuede accents and leather seats.

From this category, Audi carries the day.

Passengers, especially the tall ones, will feel more comfortable in Audi cars than in Infinity cars because of the extra legroom and front headspace, though the rear seat dimensions remain the same.

When it comes to cargo space, Infiniti carries the day. It has an extra 5cubit ft compared to Audi cargo space whether the rear seats are folded or not.

Although no one likes towing in such SUVs, the Audi towing rate is at 4400lbs while Infiniti is at 3000lbs.

This luxury arm of Nissan has some amazing features like the semi-auto driving technique that allows you to use cruise control more easily when you’re stuck in traffic and the variable compression ratio. These great features determine this brand’s pricing for each model, with the least expensive model, Pure sedan Q50, going for $37,000, while the most expensive model, QX80, goes for $70,000.

The manufacturers of this brand ensure their customers get some of the most capable performing cars around, with the E-Tron is their first electric SUV. Their least expensive model is A3 Sedan going for $30,000, while R8 10-Cylinder, this brand’s most expensive model, goes for $150,000.

This brand has the most amazing infotainment service you’ll ever find in a car. The live traffic features like Bluetooth, phone box, virtual cockpit, and the smartphone connection to wi-fi hotspots. The company’s recent models like the Sportsback A7 have a multimedia interface known as the MMI Touchscreen for navigation purposes.

For its infotainment systems, cars from this brand, like the QX50, have two screens. It uses one screen for navigation and the other screen for various purposes like Bluetooth, wi-fi connection, and smartphone. 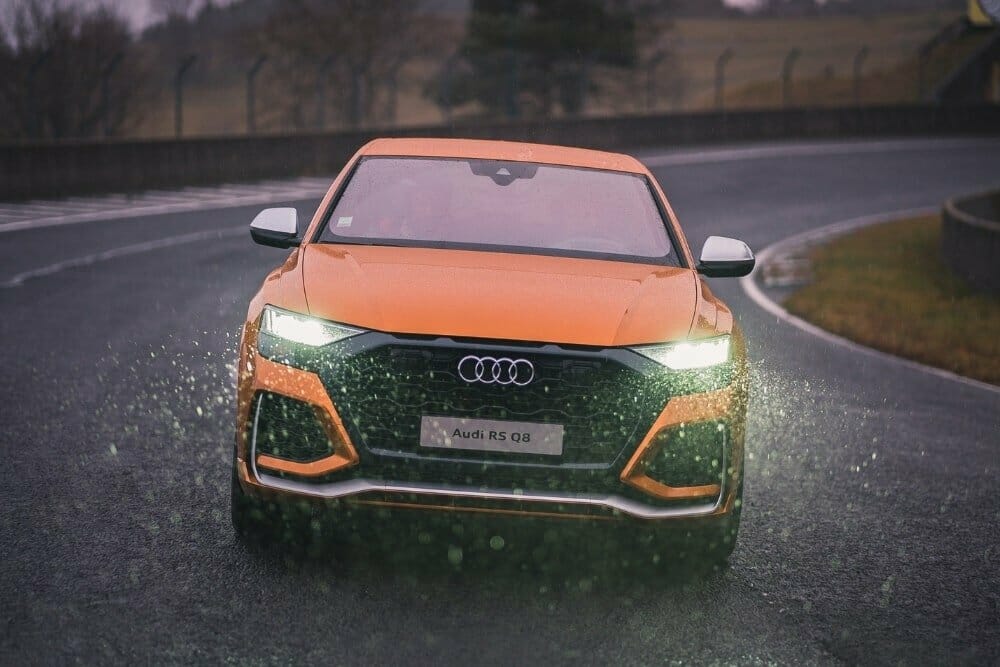 Looking at all its safety measures, this brand produces cars that are among the safest in the world. Most of its models, if not all, have passed the NHTSA crash tests and are rated 5 stars and 4 stars on rollover tests.

Let us look at the A3 model. It has a multi-collision brake assist, lane assist, and pre-sense front. The pre-sense system reduces the impact speed when you get involved in an accident using active braking. Doing so prevents accidents altogether if you were driving at low speeds or reducing severity in other cases.

Like their rivals, this brand also cares much about the safety of its users; that’s why they have a good number of impressive safety measures in place. The two models, Q70 and Q50, have both earned 5 stars from NHTSA. Here are some of their safety features; warning on lane departure, detecting pedestrians, assist with distance control and steering, head-up display, etc.

If you’re an Audi car owner, expect to spend between 200 dollars to 300 dollars on regular maintenance. But, some mileage will require higher prices to service, starting from 700 dollars. This you can reduce if you buy a warranty that covers the repairs and maintenance costs.

Here is a simple guide for Audi maintenance and repair costs:

If you’re an Infiniti car owner, expect to spend between 80 to 5000 dollars on maintenance and repair costs. Consider changing your car’s brakes, oil, air filter, tires, and battery after you have covered a mileage of 10,000 for better performance and long life.

Anyone looking forward to owning a small SUV will feel happy in either of these two brands. However, from the comparison above, you can see that Audi is better, from the space, infotainment, safety measure, etc., and its interior design is one to die for.