There are at least 14 car brands that start with the letter “K.” Most aren’t well known and/or are offbeat and unusual. This list includes not only car manufacturers with their own brands such as Kia, Kaiser, and Karma but also after-market manufacturers specializing in rebuilding luxury and high-performance cars for the motorsports market such as Michigan-based Katech as well as kit car makers such as Kellison and Kurtis Kraft.

The first car brand that came to mind when researching this article was the South Korean car manufacturer, Kia.  Kia is the second-largest carmaker in South Korea, following Hyundai and Hyundai now owns a 33.8 percent stake in Kia Motors and Kia owns 20 Hyundai subsidiaries up to 45% (if Wikipedia is to be believed).

Kia Motors opened shop in America, becoming incorporated in California in 1992. And the Kia models most consumers would be familiar with include the: Kia Sportage, Kia Optima, Kia Sorrento, Kia Stinger, Kia Forte/Cerato, and Kia Telluride. The US market was first exposed to Kia in 1993 with the Kia Sephia and Kia Sportage, a 4 by 4. Kia’s earlier failures such as the Kia Carnival head gasket in the early 2000s have been largely forgotten by American car buyers.

Many Kia Carnivals manufactured prior to 2002 experienced significant head gasket problems caused by water leaking into the cylinders. Kia’s response to the head gasket problems in the 2000s was simply to replace the faulty unit rather than the costly exercise of recalling a whole line of vehicles.

Motorists fortunate enough to have bought a new Kia Carnival around 2002 and had their engine seize up were able to get Kia to replaced the faulty unit with a new one, at no cost. However, those who had purchased second-hand vehicles that were out of warranty were stuck with a lemon.  In any event, the old saying “caveat emptor” applies – do your due diligence when buying a second-hand car. Getting a reliable mechanic to conduct a full inspection will save you dollars down the track.

The 2020 Kia Telluride also got some notable mentions from Kelley Blue Book, Motor Trend, and Hispanic Motor Press including being the best SUV for 2020.

The Kia Telluride is the largest car manufactured in its fleet in the USA and in 2020 it was named 2020 World Car of the Year by a panel of 82 international journalists from 24 countries. Kia – you’ve come a long way, baby.

Katech is based in Michigan and focuses on producing high-performance engines, parts and components focused on delivering super-fast racing cars. Katech will work with motorsports teams to develop vehicle packages, series spec engines, engine control software as well as track support and team training. They’re a premier performance engine and parts builder – focusing on aftermarket and motorsports and they have been key players in the motorsports space for around 40 years and they helped some of the best driving teams win at Indy, Le Mans, Daytona, Sebring, and Dakar. 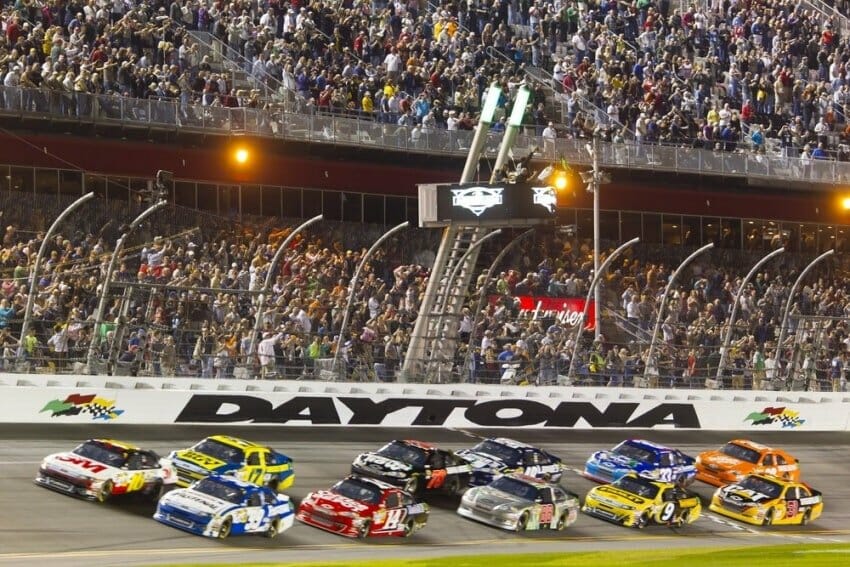 I included them in this list because their work drives innovation in car manufacturing which will see improved choices for the general consumer car market over time, including improved safety features.

In 1959, James Kellison founded Kellison Engineering and Manufacturing which specialized in manufacturing specialty fiberglass kit racing car bodies which were then fitted onto the chassis of popular cheaper cars like the Corvette – spicing up the look of the car.  Production ceased in 1975 when Kellison senior died. A new company was then formed called Red Stallion which produces Ford Cobra copies.

Kellison Corvettes delivered lighter and more responsive cars (similar to custom-built Scarabs and Devins) for the American motorist with detail being paid to wheel wells, door seals, and molded-in dashboards and firewalls.

This Kellison car was built on an upgraded ’62 Corvette chassis that was covered by a modified Kellison J4 body, used windshield and glass from Studebaker and Buick, an up-specced 302 engine which would have given it phenomenal performance. It was never raced but used as a road car.

Kaiser Motor Corporation is an American post-WWII car manufacturer operating from 1945 to the early 1950s and they focused their builds on sleek, yet sluggish, convertibles, such as their flagship Kaiser-Darrin convertible.

What was notable about the Kaiser-Darrin convertible pictured above was that it was the first American car made with a fiberglass body and ultimately, impractical, sliding car doors. This design was part of the mid-century modern design paradigm emerging in Detroit in the 1950s.

The Kaiser Darrin entered the market in 1953 priced at $3,668 considerably higher than its immediate competition, the Cadillac 62 or Lincoln Capri. And even though the Darrin had some cool design features for that time including electric windshield wipers, tinted windshield, wind-wings, and whitewall tires, it’s engine had much less horsepower (90 bhp) and than its counterparts, even though it could reach a top speed of around 95 miles per hour.

It was considered more of a cruising convertible than a sports car and the Kaiser Darrin also had some under-steering issues. However, despite that, the quirkiness of the design and the limited amount of vehicles in production (total of 435) have made this car an iconic and sought after choice for vintage collectors.

There have even been some collectors who after purchasing the Darrin then retrofitted the engines with superchargers with multiple carburetors to boost performance.

Production of these convertibles ceased in 1955 and under the new flagship company Willys Jeeps, they started making Jeeps in Ohia. In 1963 and renamed Kaiser Jeep, Kaiser left the automobile business and sold the company to American Motors Corporation. The AM corporation now makes Hummers.

Kurtis Kraft was an American designer and he also built racing cars. He was operating from the 1930s until the 1960s and his cars were known for competing in the Indy 500 and doing quite well (winning 5 times). Kraft midget cars competed at Indy – around 120 cars in total.

Kraft built around 550 midget cars and about 600 midget car kits. It would be interesting to find out how many of these cars are still around in the USA and held by vintage car collectors.

For his contribution to the midget car industry, Kurtis Kraft was the first non-driver to be inducted into the National Midget Auto Racing Hall of Fame.

Karma is a Chinese-owned American-based car manufacturer of luxury electric vehicles. The company is based in California and the Chinese Wanxiang Group acquired what had been Fisker Automotive following the latter declaring bankruptcy in 2014.

Karma is known for producing a range of electric cars: the Karma Revero (luxury hybrid electric sedan) and the Pininfarina GT (a luxury electric hybrid coupe).

Karma announced it would be manufacturing about 200 Revero vehicles in 2019 – and part of their marketing strategy is limiting production numbers to generate a sense of exclusivity of their product and brand. 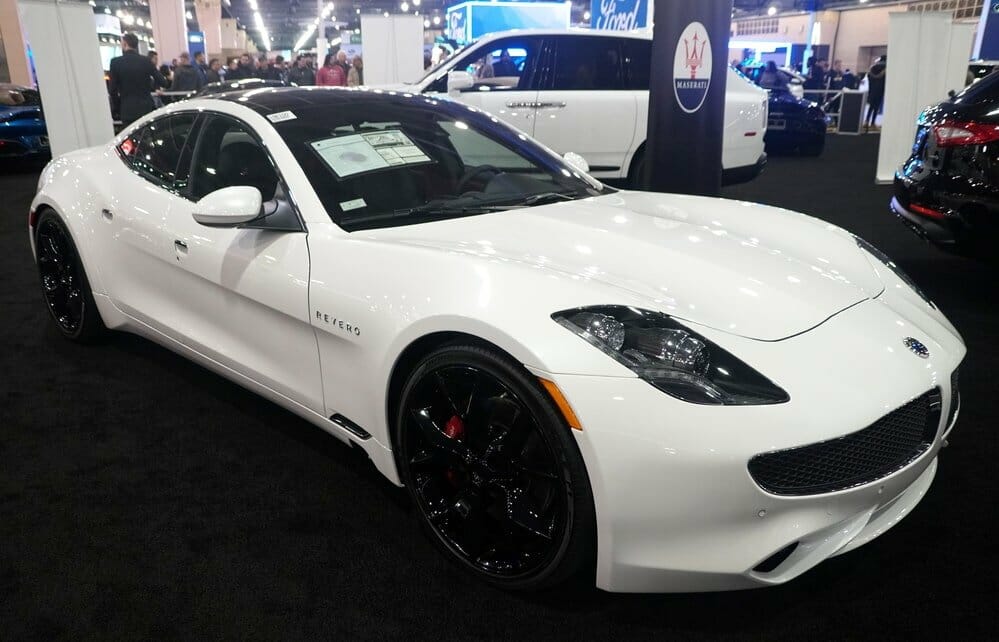 Kepler Motors is an American car manufacturer that specializes in developing high-end, high-performance cars for the super-rich. Their 800 horsepower supercar the MOTION was debuted at the 2009 Dubai International Motor Show and their CEO is world speed holder Russ Wicks.  The Kepler Motion includes an all-wheel-drive “Dual Powertrain Technology” – assume this is a trademark and they use a 550 horsepower modified Ford Twin turbo 3.5 liter V6. The whole package looks pretty impressive.

They are also selling their newest model, which is a 17B Track Package boasting 1,009 horsepower. They’re only selling 10 units of this particular model and I was unable to find any pricing details, suffice to say, they won’t be cheap.

Austrian manufacturer, KTM AG, started out making motorcycles after they were founded in 1992.  But since the mid-1990s they have branched out into creating sports cars such as the KTM X-Bow R, X-Bow RR, and X-Bow GT featuring cool stuff like fully-enclosed carbon fiber bodywork. They use Audi sourced 2.5 liter, five-cylinder engines and deliver 523 horsepower and 479 lbs per feet of torque, which isn’t too shabby.

The KTM X-Bow shown above lightweight carbon fiber cars (around 2,310 lbs) and the R and GT versions are surprisingly street-legal in Europe and North America. To get your hands on one of these depending on what year or make you are after, you would need to be able to part with between $150,000 to $300,000 for the latest models.

Volkswagen, seeking to expand its market share, beyond the economy car market, developed the much-loved and iconic Karmann-Ghia, which was debuted at the 1953 Paris Motor Show. Karmann Ghias were manufactured from 1955 until 1974 in Germany and Brazil and they unsurprisingly became a favorite for vintage collectors. 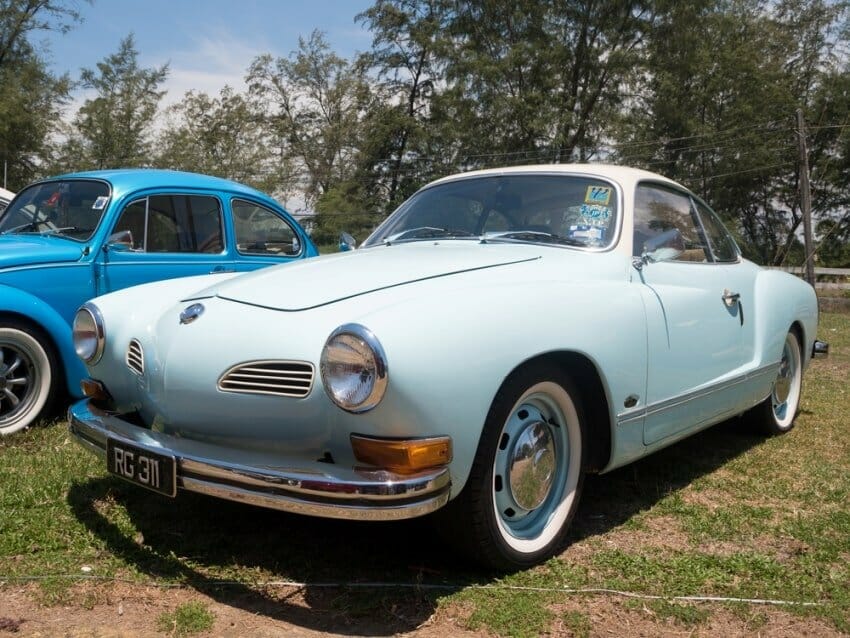 Karmann Ghia was made in three model series, the best known is the Type 14, with classic curved lines, the Type 34, more angular in line with 60s aesthetic and sold in Europe, and the TC series which was more ‘cockroach’ like a number of 1970s Alpha Romeo and Citroen models. This model was only sold in the Americas.

The Karmann Ghia has also featured in a range of Hollywood films and TV shows including Once Upon a Time in Hollywood, Kill Bill, Top Gun, Octopussy, Hitchcock’s Vertigo, and the opening scenes in Get Smart – very likely because of it’s iconic beauty and style. Industrial designer Walter Teague praised Karmann Ghia as the most beautifully designed product in the world.

The body of the Karmann Ghia was handmade but with the styling of a sports car. While the VW Beetle boxer engine did not have sports car performance or speed, it was marketed as a 2+2 coupe. This was a winning combination for Volkswagen and close to half a million units were produced in total.

Kicherer is a German after-market car company and they specialize in transforming Audis and Mercedes-Benz sedans into supercars. Kicherer transformed a Mercedes Benz SLS into an SLS 63 Supersport GT which includes Kicherer’s awesome hand-crafted three-piece rims. 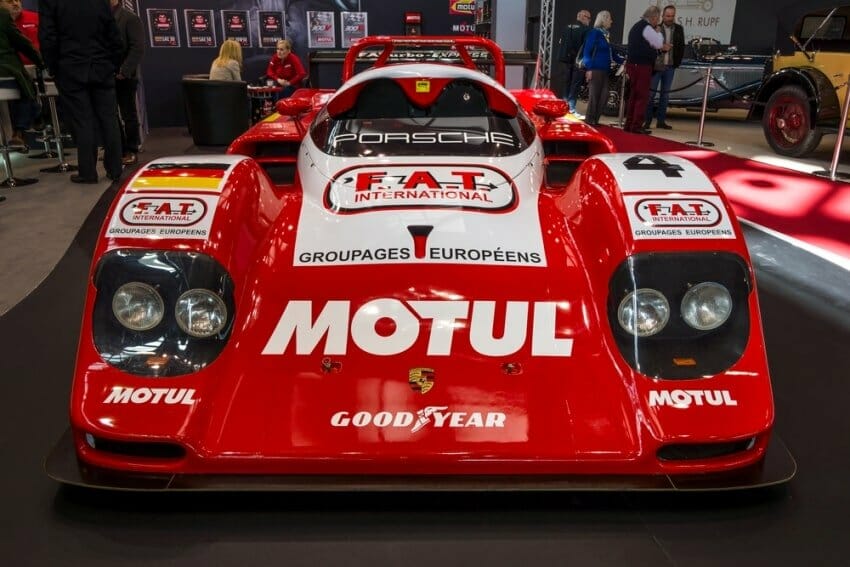 The Keating Bolt is reported to be the world’s fastest production car with top speeds of 300 miles per hour.  There will only be a limited number of these cars for sale, around 30 per year.

These guys don’t actually have branded cars. But they manufacture superchargers for 4, 6, and 8 cylinder Mercedes-Benz
engines and also tuned exhausts and suspension, wheel, and chassis components.

The Czech car-maker with the Asian-sounding brand Kaipan have been making cars for the European and Eastern European market since 1992. These guys are pretty much Lotus fanboys, Their first models (the Kaipan 47) were based on the Lotus Seven using Ford engines and could deliver an impressive 110 miles per hour. The

The latest models can hit top speeds of around 117 miles per hour. Kaipan exports cars to Germany, the Netherlands, Serbia, Montenegro, and Slovakia. I think it would be unlikely to find one of these in the United States unless some collector has happened to personally import one.

Koenigsegg is a high-end sports car manufacturer that emerged in 1994 and operates in Ängelholm, Sweden. They are best known for designing super-fast high-performance supercars and their CCXR model was listed by Forbes as one of the world’s most “beautiful cars”.

The car pictured below, the Agera RS, set world speed records for hitting an average speed of 277 miles per hour on a closed 11 miles section of Nevada State Route 160 in Pahrump, Nevada. Although subsequent data showed that the car had actually reached speeds of 284 miles per hour.

And that ends the list of cars starting with the letter “K” so far.  A comprehensive list, indeed.