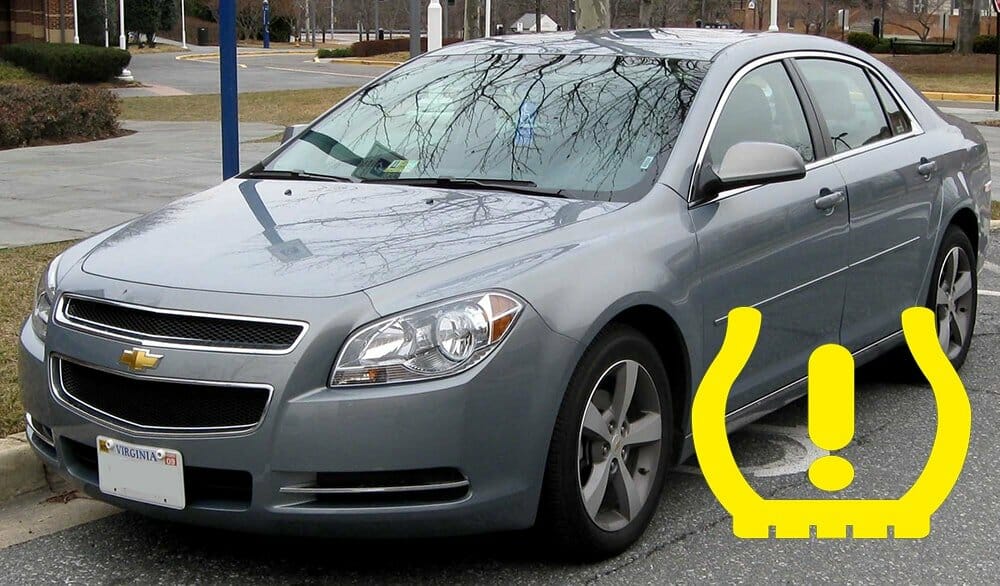 Chevy cars are known for their advanced features and sturdy frame. One of the features that offer convenience to the driver on a Chevy is the tire pressure monitoring system. With the system, drivers get an indicator light on the dashboard that lights up whenever there is an anomaly on the tire pressure system.

Reasons the TPMS Low Tire Pressure Light May Come On

When the TPMS indicator light lights up on the dashboard of a Chevy, it could be due to one of the following reasons:

It is recommended that you check the pressure in your tires as soon as you notice the TPMS indicator lighting up. Riding with uneven pressure in the tires is dangerous and causes instability in the car.

Ideally, soon after inflating all the tires to the recommended PSI amount in the manufacturer’s manual, the TPMS system should monitor the new pressure across all tires and turn the dashboard light off. In case you still have the indicator light on your dashboard, however, a simple procedure that only takes a few minutes can reset the TPMS and turn the light off.

The procedure described below works for the Chevy Malibu Models that were manufactured between the years 2008 and 2011. As such, it may or may not work for later models.

Here is a video tutorial on how to accomplish this as well: