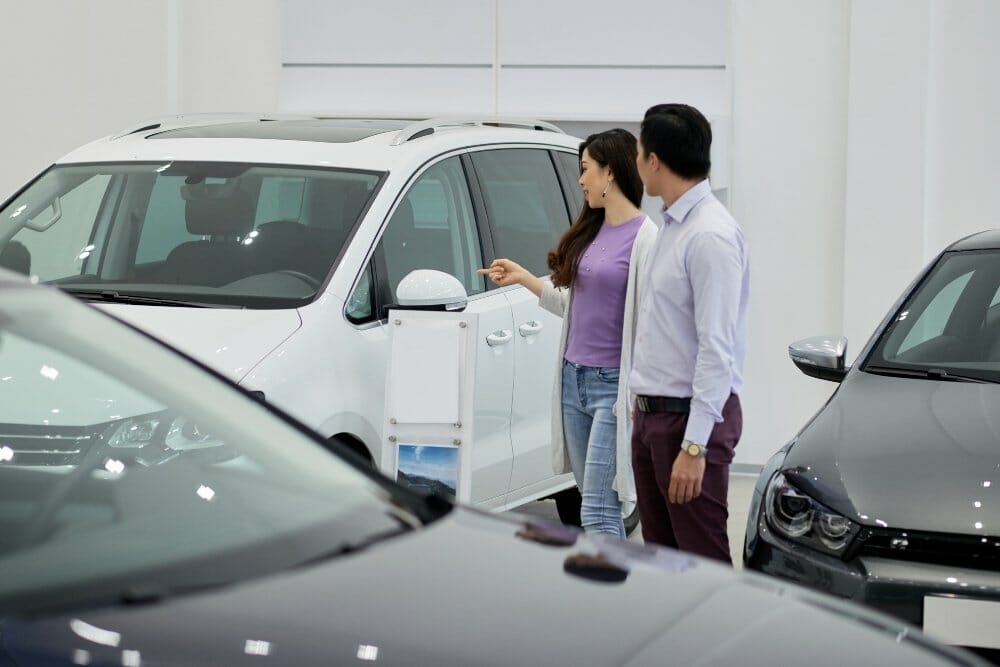 Both types of vehicles are affordable in terms of gas mileage and overall efficiency, but economy cars are slightly smaller than their compact equivalents. In rental language, the mini car is the smallest model, then the economy, then the compact. The economy car is sometimes referred to as a “sub-compact” and this distinction may be useful.

A simple way of looking at this is that economy cars generally have between 2 to 4 doors, whereas a compact car will have 4 or more doors.

Economy cars make good commuter cars for a couple or a single person as their gas mileage is often favorable and their smaller size makes parking easy. The compact car is a better choice for the long road trip and for passenger loads greater than two adults. Generally speaking, you’ll get better fuel economy in an economy, but not always.

These all have similar sized engines, dimensions, and passenger and luggage space. An economy car will comfortably seat up to 4 occupants, two adults, and two children. In terms of trunk space, you should be able to load in a few small bags, or a medium-sized suitcase and some carry on bags. You will get roughly 30 to 35 miles per gallon fuel efficiency and as the name suggests, the economy car will cost you significantly less than its compact counterparts.

An appraisal of the economic market in the US in 2020 suggests that some of the most popular economy models would include the following: the Chevrolet Sonic and/or Cruze, Ford Fiesta, Jeep Renegade, Honda Civic/Insight, Toyota Corolla/Camry/Prius, Subaru Impreza, and Hyundai Elantra/Ioniq, Mitsubishi Mirage, Nissan Micra and Kia Niro. 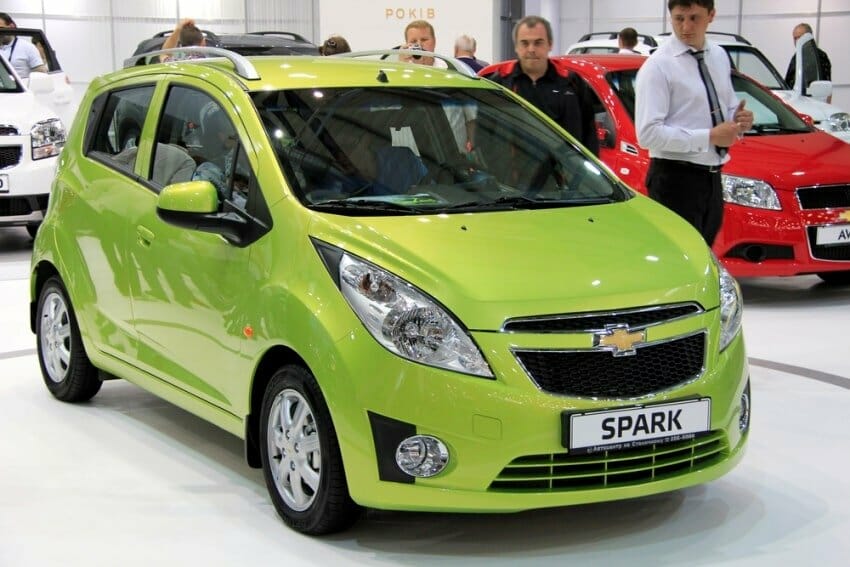 Chevrolet’s Spark, which is their smallest car and the 2020 base model which retails at $14,095 (approx) includes a 7 inch screen with Apple CarPlay and Android Auto compatibility. It is worth upgrading to get the LT model for $15,295 to get the additional features. The automatic transmission model does include the continuously variable transmission which gives you a pleasant driving experience. Your 9-gallon fuel tank will get you around 29 miles per gallon (in city driving); 38 miles per gallon on the highways (EPA data).

In terms of space, the four-door Chevy Spark has a passenger volume of 86 cubic feet and a luggage volume of 11 cubic feet.

As a commuter car, the Chevy Spark would be a solid choice to get a single person or a couple to and from work each day.  You could even put a baby capsule in the back seat using their LATCH system (Lower Anchors and Tethers for CHildren), for child restraint seats.

The Spark has a reversing camera along with a whole bunch of the standard safety features which consumers come to expect. This hatchback and trunk size is comparable with other models and you can put a load of groceries in the back comfortably or your briefcase and work items.

So while the economy cars are generally small, compact cars are medium-sized and often (but not always) hatchbacks.  Compacts provide a slightly more expensive but more comfortable choice for trips involving more than two to three adults.  Their engines generally have more horsepower than their economy counterparts and usually more sophisticated features, but not always.

They have at least four doors and sometimes more. This is where the distinction between the economy and compact models can be confusing and many economy cars have four doors, but never more than that. Compacts can be configured as a sedan, hatchback, or wagon. Your standard compact will comfortably seat up to 5 occupants – including adults and teenagers.

Luggage space is larger than the economy models. So you should expect to have between 12 to 14 cubic feet of luggage space which translates into space enough for a large suitcase, a medium suitcase, and some carry-on bags. (The tiny Chevy Spark mentioned above has a maximum luggage capacity of 11 cubic feet).

Using the data collected by the website Autoeurope, the most popular compact rentals were Audi A3,  BMW1 series, Fiat 500L, Hyundai i30, Mercedes A-class, and Toyota Corolla. However, Autoeurope is a car rental agency in the United States and its business model suggests that its rental vehicles are geared towards the more high-end, luxury models.

I would add the following to their list as being more representative of the compact: Ford Fusion, Volkswagen Golf, Opel Meriva, Ford Focus, and Nissan Versa.

I selected the Nissan Versa as the most representative of the compact car category. 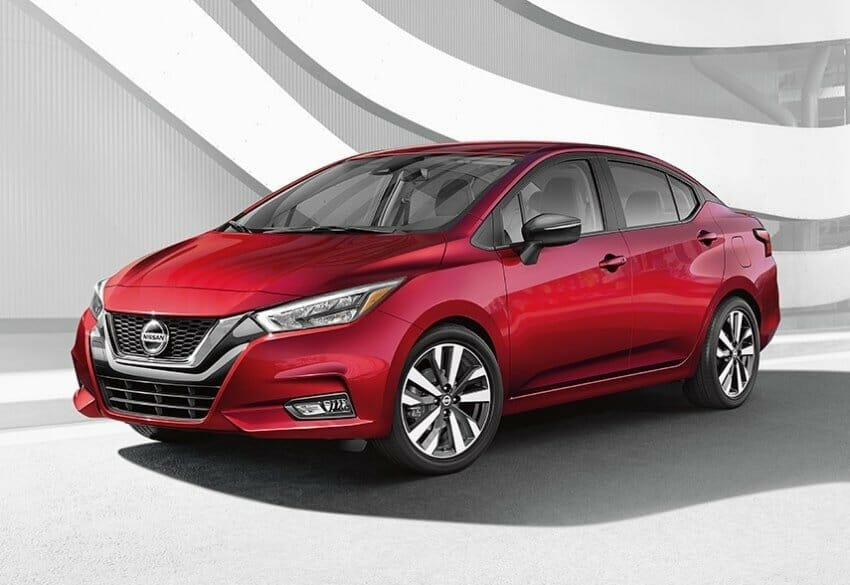 The EPA gives the Nissan Versa 2020 4 cylinder model automatic a mileage of 35 miles to the gallon (mpg) (in highway driving) and 32 mpg in city driving and it is performing almost to economy car standards. Again this is where the distinction between economy and compact can become confusing.

To confuse matters further, the manual Nissan Versa 2020 model has slightly less fuel economy (between 27 to 35) (data derived from Nissan) which is more in keeping with the compact mileage expectations.

Some commentators say the economy model is the smallest. But it is not. The smallest vehicle is the mini or micro, then the economy, then the compact. All you have to remember is you make your choice of rental or purchase vehicle based on your needs and expectations on any given day.

Simply put, the economy car is the smallest of the two. The compact is larger and has more luggage space and is really designed for longer trips with more passengers. The economy car is a great choice as a commuter vehicle or if you are in town for a business meeting and just want to get from point A to point B.

In some cases, choosing the compact (such as the Nissan Versa or an equivalent compact) which has similar mileage to the Chevy Spark (or equivalent economy car), but with more horsepower and features, maybe a better-informed consumer choice and a more economical choice at the end of the day.