If you’re looking for a subcompact car, two options stand above the rest – Toyota Prius, and Honda Fit. Brand-defining reliability, practical and good-looking design and a very reasonable price are some of the strongest points going in favor of both vehicles.

To determine which car is better, we’ll go through the generations and point out the key differences between the Toyota Prius vs Honda Fit. Keep reading to figure out which model is the best option for you.

To make a fair assessment of which car is better, first, we need to determine exactly what is being compared. While the Honda Fit lineup consists of only one model, the Prius family includes several models, like the Prius Prime, Prius v, Prius c, and Prius Plug-in Hybrid.

Comparing the regular Toyota Prius to Honda Fit would be unfair competition, as Prius is one class ahead of Fit, has better equipment, more powerful engines, and of course a higher retail price. Taking the price out of the equation, Toyota Prius is objectively a better vehicle.

On the other hand, the Toyota Prius c is a better candidate for the comparison. Like Honda Fit, it belongs in the subcompact car class and is a five-door hatchback.

Prius c production began in 2012 and ended in 2019 for the United States marketplace, while Honda Fit has kept its presence on the market from 2001. To make a more accurate comparison, I’ll reduce the scope to include only the third-generation Fit (2014-2020) as it directly competed against the Prius c.

Now that we have determined what the comparison is going to focus on, let’s explore the differences between Honda Fit and Toyota Prius c, and determine their strength and weaknesses!

The easiest place to start comparing the two models is by looking at the difference between power options.

Toyota Prius c retains only one hybrid engine option through its production run – a 1.5 liter DOHC 16-valve petrol engine with a high-voltage battery and an auxiliary 12-volt battery. The power output of the internal combustion 1NZ-FXE engine is 73 horsepower and 82 lb-ft of torque, while the hybrid synergy drive motor has a rating of 60 horsepower and 125 lb-ft of torque. The combined output is rated at 99 horsepower.

While Toyota Prius has only one engine option, Honda Fit has six to choose from.

Honda Fit introduced a new 1.5 liter DOHC i-VTEC engine with a high-output electric motor and lithium-ion battery in direct response to the Toyota Prius’ hybrid system. The 36 horsepower difference is massive, especially in the subcompact car segment. If you don’t want a hybrid system, Honda Fit has four petrol engines and one turbo diesel that can compete with Prius c.

In terms of transmission, Honda Fit has the upper hand. Toyota Prius c exclusively uses CVT (Continuously Variable Transmission). In contrast, Honda Fit can be equipped with a 5-speed or 6-speed manual transmission, a 7-speed DCT (Dual-clutch transmission), or CVT transmission like the one in Prius c. Both vehicles send power to the front wheels.

In terms of powertrain, Honda Fit is a clear winner. Toyota has built a reputation on the reliability of its engines, but that doesn’t mean Honda is falling behind. As hybrids, both cars have their merits, although Fit is more powerful. It’s the versatility of engine and transmission options that give Fit an upper edge. Toyota Prius c can cross up 43 to 48 miles on a gallon of fuel which is more than impressive, but Honda’s hybrid manages to match those numbers, and the diesel doesn’t fall far behind. Petrol engines naturally get fewer miles to the gallon, but 32-36 mpg of the combined drive is still very economical.

In short, the differences in fuel consumption between Toyota Prius c and Honda Fit are negligible as a purchase factor.

One of the most important aspects of a subcompact car is the interior comfort and room. We need to place the interior dimensions on a table to get a clear picture.

The most important differences can be seen in the back row – the rear seat legroom is 4.3 inches shorter than in Fit, but it has 5.7 inches more hip room. What this means is that the Honda Fit is a much better option for four adult passengers or five passengers in a combination with children. Prius c on the other hand might not be the roomiest in the rear, but there’s enough hip room to physically seat three adults and drive them for a short period of time.

Uncomfortable seats with cheap fabric are common in the subcompact class, but both Prius c and Fit have decent seating. Toyota does have an upper hand, especially in the front row, where Honda’s seats are somewhat uncomfortable. In terms of cargo space, both vehicles are capable of transporting luggage of similar volume.

Since we’re talking about used vehicles, trims and features have already been selected by the first owner. From the budget perspective, the value of the optional extras drastically decreases, especially when the vehicle racks up a few years.

Since Honda Fit has more or less the same features, so going into too much depth is unnecessary. When you’re looking for a model to buy, compare the features between the most desirable options and see what better suits your needs.

One of the primary concerns when buying a small car is how safe it is. The days of unreliable and unsafe compact cars are behind us, as even the subcompact class manages to achieve near-perfect scores. Now, let’s take a look at the differences in safety ratings between the 2018 models of Fit and Prius c.

It’s surprising to see Toyota not winning a safety competition, but Prius c did not outperform Fit. Honda really rose to the challenge, scoring an almost perfect five-star rating, getting 4 stars in the rollover, equal to Prius c.

Four-star ratings are far from inadequate, but what is concerning is the three-star ratings in front driver-side protection. Both vehicles got perfect scores for overall and side protection of the rear row. Safety is a legitimate cause for concern and although both vehicles will do a great job of keeping your passengers safe, Honda Fit goes the extra mile and provides equal protection to you as the driver.

It can be argued that Toyota makes vehicles that have the highest resale value out of all manufacturers. Depending on how you look at it, it can be a benefit or a drawback. Prius c will retain more of its value over time, but it’s also more expensive to buy initially. Honda Fit is cheaper across the board and while it also retains value, it’s not as effective as Toyota’s price retention. 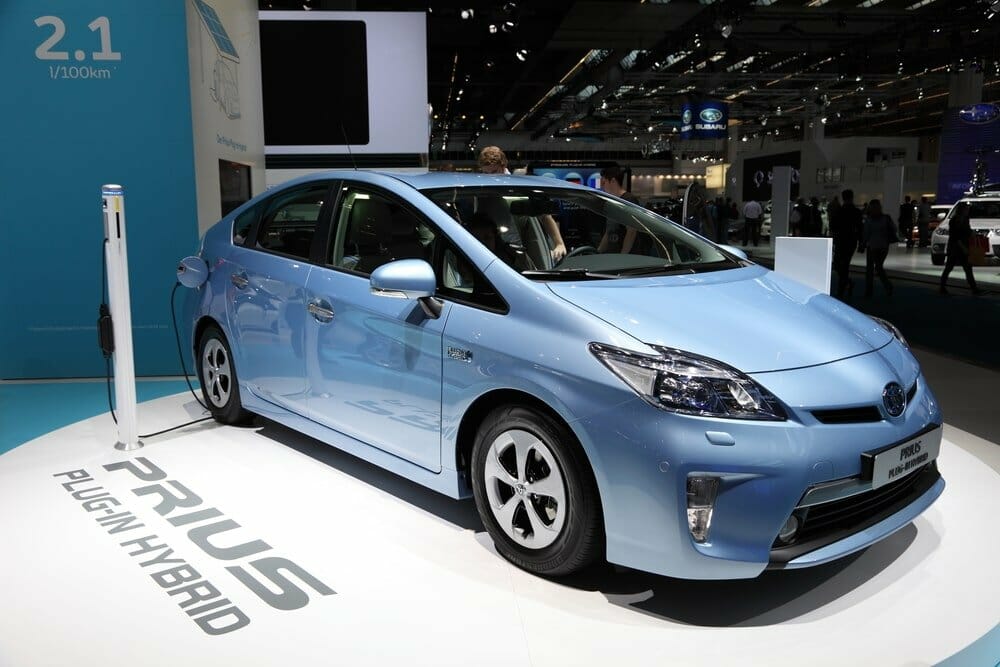 If you’re reached this point in the article, it’s likely you’ve made your own conclusion and picked a favorite. Personally, I have always kept Toyota in high regard, but Honda Fit has impressed me with its power and safety. It can keep up and outperform Prius c, while also being cheaper. One thing is certain, whichever car you choose, you won’t be disappointed!