Control arms are a critical component in vehicle assembly that connects the chassis and wheel-carrying hub. To create a flexible connection, one or two rubber bushings are used to connect the control arm (otherwise known as A-arm) to the chassis, while ball bearings connect it to the wheel assembly.

Knowing how long you can drive with a bad control arm bushing is very important. By reading this article, you’ll learn how many miles you can cross, and if driving with bad bushings is even worth the risk.

What is a Control Arm?

The control arm creates a connection between the frame of the vehicle and the steering knuckle. The name A-arm comes from the shape that resembles the capital letter A when viewed from the top. Control arms stabilize the vehicle, coordinate steering, and suspension, dampen the ride and play an important role in the steering system.

On older cars, it’s common to find an L-arm that connects to the chassis with single bushing. Modern vehicles are equipped with either the MacPherson strut or double-wishbone suspension. There are benefits and drawbacks of each system, but for the purposes of the topic, all you need to know is that the Macpherson strut only has one control arm, while the double-wishbone has two, doubling the number of bushings.

Control arms also come in two configurations: those with replaceable ball joints and bushings, and those that have to be replaced as a complete unit.

The first type is generally built tougher, and if preserved from rust and physical damage, they can last as long as the vehicle itself. However, the more durable construction means they’re more expensive to replace.

Pre-assembled control arms cut down on costs by being tough enough to service the vehicle properly, but cheap enough to replace when the bushings go bad. Potholes, off-roading, and accidents lead to faster bushing deterioration.

What are the Control Arm Bushings?

Control arm bushings are made of two metal cylinders and a thick layer of rubber between them. Once in place, the bushing is secured with a bolt passing through the inner cylinder.

The primary purpose of the bushings is to create a strong connection between parts, but one that isn’t completely rigid. The rubber cushions the vibrations and noise coming from the suspension system and generally improves ride comfort. However, the rubber is the weak link and will inevitably wear out, but only after 40,000 miles at the very least. 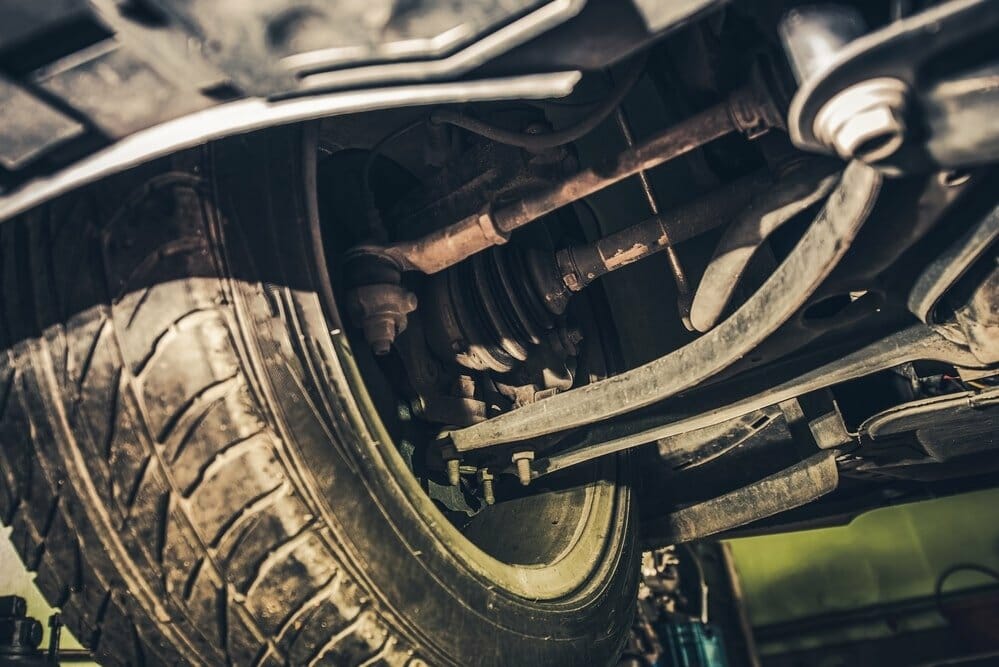 What are the Symptoms of Bad Control Arm Bushings?

To determine how long you can drive with bad control arm bushings, we must first determine how bad of a shape they’re in. The severity and number of symptoms experienced are key factors in estimating the distance you can cross.

There are always risks involved in driving a vehicle with broken parts, especially when it comes to suspension and brake systems.  If you’re experiencing bushing failure, do the responsible thing and get them repaired as soon as possible, for the safety of both you and other traffic participants.

A clunking and rattling noise happens due to metal-on-metal contact caused by bad bushings. Pay attention to the direction from which the noise is coming to rule out other causes. The left bushings are approximately located in front of the brake pedal. The right bushing is mirrored, so roughly guess its location. If the noise is coming from the far sides of the car, ball joints are the more likely culprit.

I’ve mentioned how the control arm plays a part in the vehicle’s steering system. There’s nothing to dampen the vibrations when rubber bushings wear out, so they are transferred to the steering wheel. The vibrations will be worse when you accelerate, so you can use that clue to identify a problem with the bushings.

You may also experience steering wander, an annoying occurrence that pulls the wheel to left or right without your input. When combined with vibrations, this will quickly wear you out as you have to keep a strong grip on the steering wheel to prevent an accident.

This problem is not typically contributed to problems with the control arm bushings, as the more likely cause is misaligned wheels. However, when bushings fail, you won’t be able to align wheels properly, ultimately resulting in uneven tire wear.

Tire wear can be easily checked, especially on front wheels. Park the car and fully turn the steering wheel to one side. If the difference in wear is drastic enough, you will be able to tell by eye or by moving your hand across the tire. For a more accurate reading, use the tail spike of a micrometer caliper to measure the depth of tread across the width of your tires. 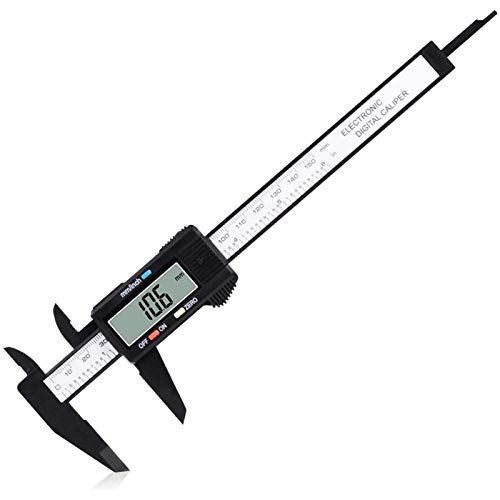 There’s no other way to describe this symptom but to call it an odd feeling. When you step on the break, bushings will not dampen the force exerted on them, causing the car to wobble back and forth until you release the pedal.

How Long Can You Drive With Bad Control Arm Bushings?

The answer to your question might not be as clear-cut as you thought it would be, but I would be during you a disservice by telling you some arbitrary figure.

When you consider how long of a lifespan that is, it’s normal to expect the bushings to wear out gradually and slowly. Hitting potholes, the curb, or being involved in minor accidents all contribute to uneven bushing wear, so you can’t expect them to all fail at the same time.

However, they’re durable enough that you can drive for long enough to experience the same problems on the other side. Bushings are best replaced as a set because it reduces the overall cost of labor and saves you a second trip to the mechanic.

I’m obliged to give you the advice to replace your control arm bushings as soon as symptoms present themselves. Having said that, I understand that budget doesn’t always allow it, and I acknowledge the fact that the bushing issue isn’t as urgent of a repair as some set it out to be.

I have been experiencing the braking symptom on my daily driver. When I press the brake pedal, the balance of the car goes forward slightly more than it should, causing a small wobble and occasional clunking.  It has been happening for over a year and thousands of miles. Until I experience steering problems, I see no reason to go through a fairly expensive process of replacing two double-wishbone control arms.

How much does it cost to replace a control arm?

The price of components varies depending on the class of the vehicle and suspension type, but the average cost ranges between $600 and $700. The cost of labor is included and estimated at around $200. You’ll also have an added cost of aligning the wheels, which will set you back another $200.

Can control arms cause death wobble?

Control arms are partially responsible for the emergence of death wobble. Should you experience it, drive slowly or have your vehicle towed to a mechanic for a detailed inspection.

How long does a control arm last?

If the control arm doesn’t have interchangeable rubber bearings and ball joint, it’s designed to last as long as its weakest part. The lifespan varies, but you can reasonably expect 50,000 – 80,000 miles out of it.

Can I drive with a broken control arm?

Just like with the broken ball bearings, technically, you can, but I strongly recommend against it. Whereas engine or transmission problems can ultimately lead to more damage and leave you stranded on the side of the road, suspension problems bring more than just an expensive bill from the mechanic. Worst-case scenario, you could suddenly lose control over the vehicle and cause an accident you’d be fully responsible for.

Are control arms hard to replace?

Replacing the control arm is a moderately difficult job and depends on the type of control arm. MacPherson struts are easier to replace than double wishbone, especially if they’re a single unit. Raise the car by using a hydraulic jack, place something sturdy to keep the car elevated. The tools you will need are a high-quality socket set and anti-rust grease. 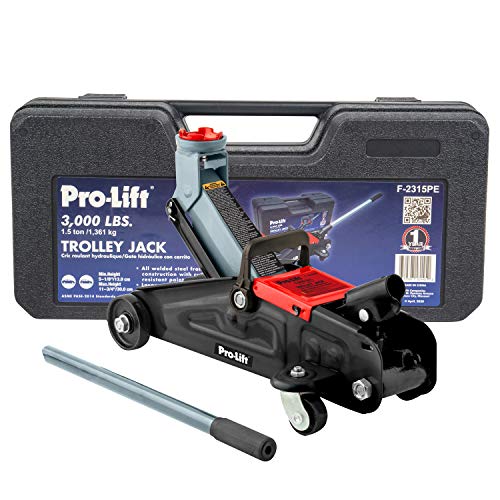 Follow this guide for a short but detailed explanation of the task:

Is it OK to replace only one control arm?

Whether we’re talking about the upper or lower arm of a double-wishbone system or just one side of the vehicle, it is okay to replace only one control arm. However, it might not be the best idea. Unless you’ve been involved in an accident, both sides of the vehicle go through the same treatment over the years, so it’s reasonable to expect them to fail in symmetry.

Just as you would replace tires, brake pads, brake discs, or shocks in sets of two, you should do the same for the control arms. Replacing parts one will only result in more visits to the mechanic and an overall more expensive cost of labor.

Does the car need an alignment after replacing the lower control arm?

After swapping out one or both control arms, the alignment needs to be readjusted to keep the wheels at the right angle. Without it, the tires of your car will wear out unevenly and you’ll have issues with handling.

How much does a control arm bushing cost?

New bushings can cost as little as $5, but the price can reach $150 for high-end sports cars. The larger expense will always be the cost of labor, as it’s a time-consuming and challenging task.

There’s a risk to driving a car with worn control arm bushings, but you can get away with a lot of miles before there are major risks of accident. However, once they’ve reached the point of complete deterioration, not only do other components wear out more quickly due to stress, but it also puts you at high risk of an accident. Please consider your options and change bushings when appropriate.