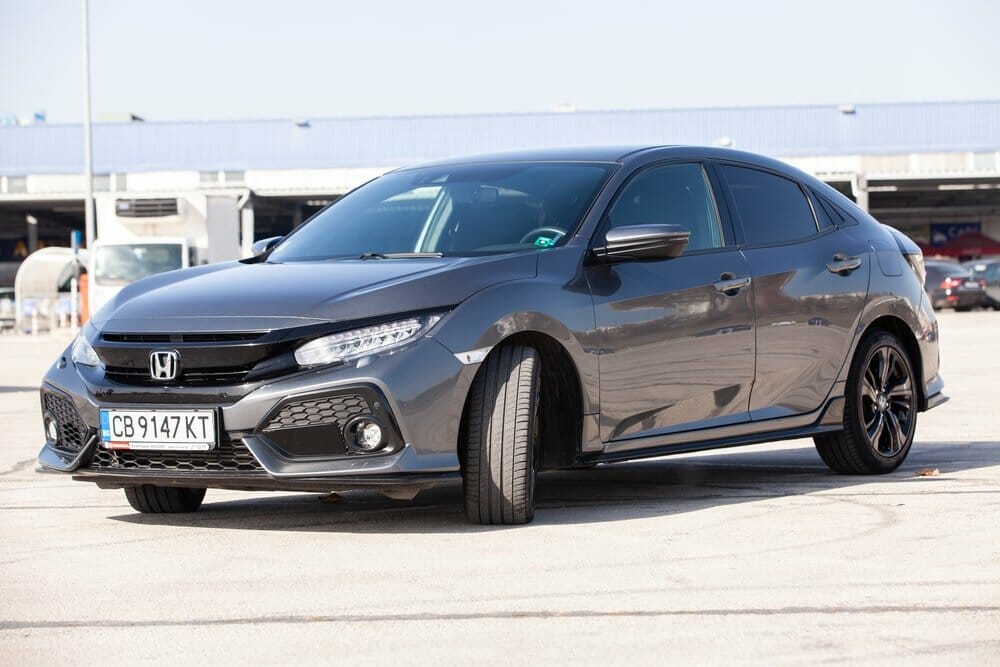 The Honda Civic has a rich history, spanning nearly 50 years over 11 generations and countless upgrades. Starting out as a subcompact model, Civic reached its first golden age in the ’90s with the cult-classic V-Tec fifth and sixth generation. Though the 21st century, Honda was not afraid to experiment in an effort to rebrand and change the targeted audience. This is why modern Civics are some of the most recognizable cars on the road.

Durability varies between different generations, but generally, Civics are some of the better-built and more reliable cars. With age, every car becomes less and less sustainable to maintain. We’re here to explain how long can a Civic last before that happens, measured in years and in mileage.

How Many Miles Does a Honda Civic Last?

This question will pop up frequently for just about any car, and it’s very difficult to answer accurately. It involves a number of factors, but maintenance and garage parking are the most important.

First, let us consider an ideal scenario. You’ve bought the Civic brand new, or within five years since release, with no reported recalls and production flaws. You’ve done your maintenance regularly, kept it inside a garage, and didn’t abuse it. The odometer has crossed the hundred thousand miles mark, the vehicle was with you for many years, and you’re wondering how much use can you get out of it.

That Civic can cross 200,000 to 300,000 miles without any significant problems. Take a look at the used car market, and you’ll see how many Civics are sold in a reasonable condition with at least 250,000 miles on the odometer. If you’re a long-term Civic owner and don’t mind driving an older car, I strongly suggest keeping it or passing it down to the younger members of the family.

How Many Years Does a Honda Civic Last?

The vehicle’s age and mileage are closely tied together, but determining an actual age limit is nearly impossible. You’ll still see Civics from the ’80s and ’90s cruising down the road as if they’re brand new, while some 2010 models are already getting scrapped for parts.

The reason why older cars can run nearly indefinitely is the simplicity of design. Airbags and air conditioning are a rarity. There are no electronic control units or software, the car was built with a minimal amount of parts required for it to run.

In contrast, modern Civics have a series of sensors and cameras, a digital driver and center dashboard, and enough electronics to supply a home office. While older models could get by with some dysfunctional features, modern Civics rely heavily on high-tech and won’t even start if there’s a problem.

As you can see, the answer is buried under a lot of contexts, but now it’s time to break it down. Newer Civics can last around 10 years and should be sold before the very expensive high-tech features fail. For someone who’s buying a used Civic, this wouldn’t necessarily be a bad deal, as the depreciation in value can compensate for future repairs.

Older Civics have already passed the 20 or even 30-year mark without any signs of stopping. Simplicity and readily available, easy-to-replace parts are the key reason why these Civics can stay on the road for so long. 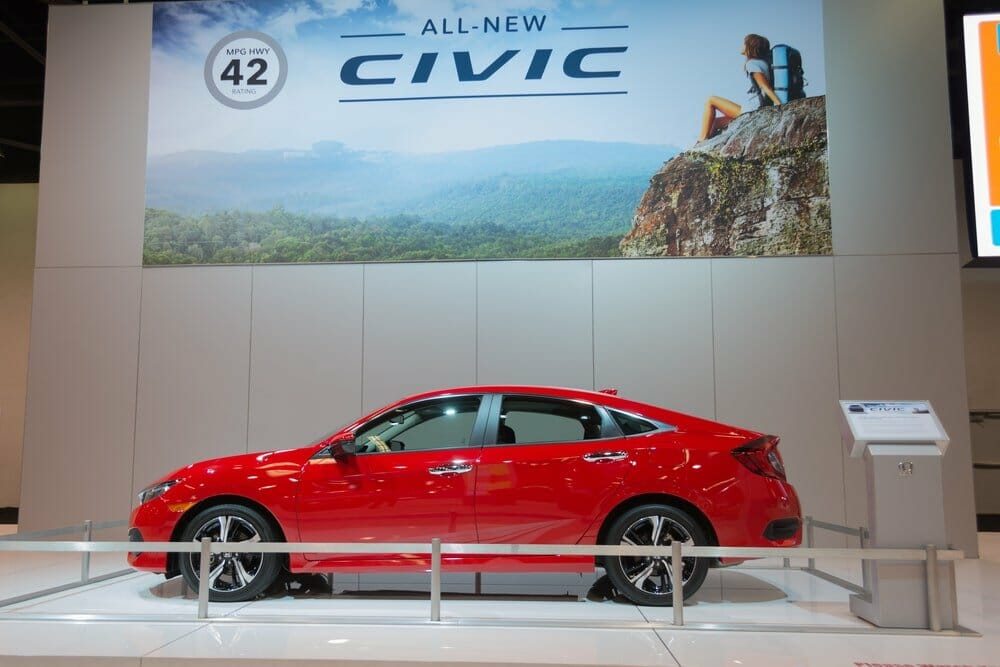 What Affects the Lifespan of a Civic?

Cars are made out of hundreds of components, and in theory, as long as you keep replacing failed parts, they should run indefinitely. In practice, budget plays the most important role in determining the lifespan of a car. Repairing serious rusting, blown engines, or flooding damage can end up being more expensive than the entire vehicle.

Let’s take a look at what affects the condition and lifespan of a Honda Civic the most.

Rust became the primary enemy of cars ever since the first one came off the factory line. The quality of the galvanization process varied through the generations, and even the best coatings don’t guarantee that rust won’t form eventually.

Civics aren’t immune to corrosion, but luckily, most corrosion spots do not affect the safety and functionality of the vehicle. Metal wheel arches, seams around the trunk, and exhaust tip are the most common spots. Prevention and early repairs will keep the expenses to a minimum. However, rusting of the undercarriage is a serious problem, and happens when Civic is stored on grass or dirt.

The street-racing history of the ’90s models might inspire some to push their stock Civics to the limit, without realizing how much that affects the condition of the engine. Civic is a durable car in its own right and is more than capable of overtaking and delivering power when necessary, but it’s simply not built for short-shifting, burnouts, and aggressive driving.

If properly treated, Civic does well both in a city environment and on the open roads. Compact and efficient engines have a proven track record of reliability and can endure city drive, as long as the driver doesn’t wear out the clutch and transmission.

How long does the transmission last?

The Honda Civic has had a great track record with its transmission that can last over 100,000 miles.

What are the primary concerns with newer models?

What are the primary concerns with older models?

How to affect the lifespan of a Honda Civic?

Keep it parked inside a garage, or at the very least on a paved surface. Maintain it regularly and address rust as soon as it appears.

Are there any models I should avoid?

The 2001 Civic is notorious for a faulty transmission. If you’re buying the seventh generation Civic, make sure that the transmission has been replaced at least once. 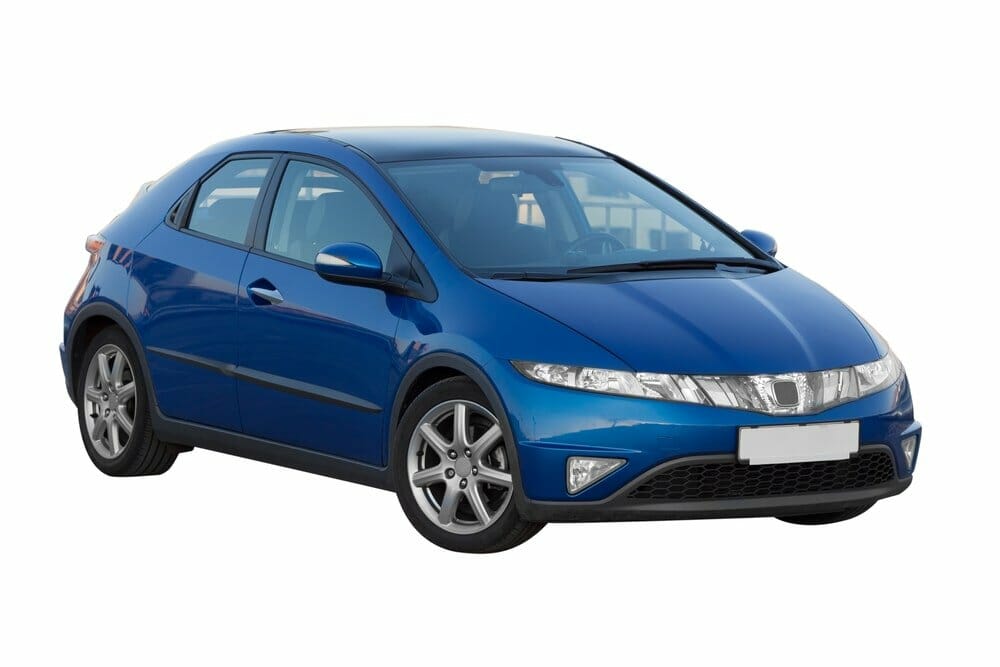 All things considered, the Honda Civic is a very reliable car and can run for years without any problems. As with any vehicle, buying or leasing a brand new model gets you the latest features, but there’s nothing wrong with going for a used Civic. Check the service book, map out upcoming failures and create your budget accordingly to get a great deal and a vehicle you can depend on.