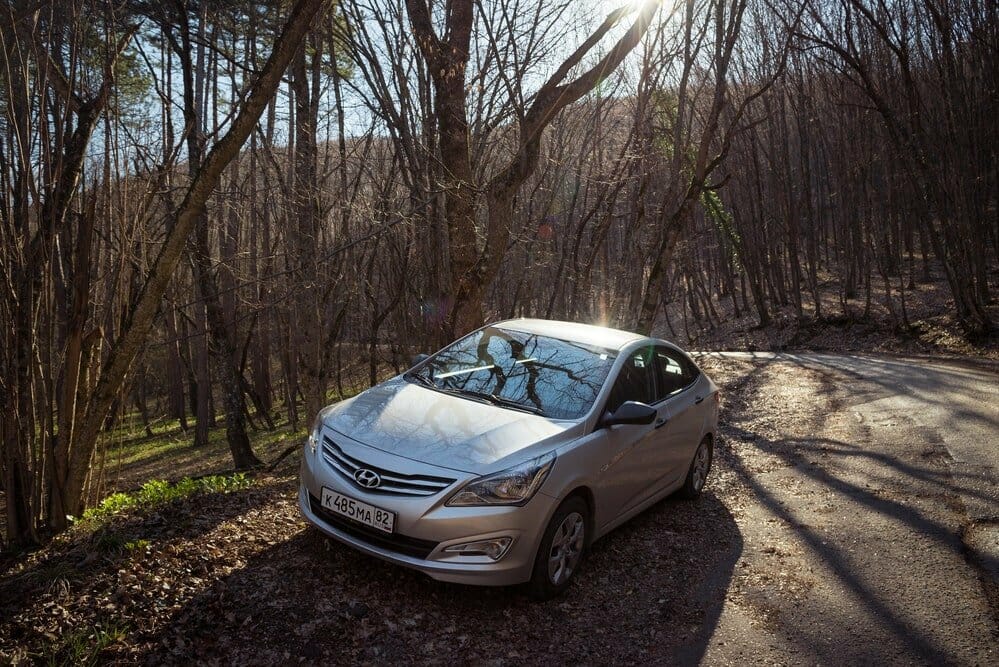 Hyundai Accents are known for their subtle design, reliability, and low cost of purchase. If you’re considering a used accent, you should know how long they can last.

On average, Hyundai Accent can easily cross over 200,000 miles, or 10 to 15 years, depending on the maintenance and mileage. In this article, we’ll explore the contributing factors to Accent’s longevity.

Hyundai Accent in the United States

The first-generation Hyundai Accent was created as a replacement for the Hyundai Excel in 1994. The availability was limited in the United States, but that changed with the second-generation (LC) that was in production from 1999 until 2005. Since then, three other generations were released, with the current, fifth-generation produced since 2016.

The table shows the sales of Hyundai Accent in the USA since 2002. In the span of 18 years, Accent sold just shy of 1,000,000 units, making it one of the most popular subcompact cars on the market. The year 2020 saw a drastic decrease in sales, most likely due to the pandemic.

On cars.com there are only 1,399 used models and a total of 1,657 Hyundai Accents available. The current situation has forced many to opt for a used car, and it seems that Hyundai Accent is one of the more popular choices.

Is Hyundai Accent a Good Car?

The short answer is yes – Hyundai Accent is a good car. It’s fairly reliable, has a low asking price, and is relatively cheap to maintain.

The brand new Hyundai Accent is rated 4th in the U.S.News “Best Subcompact Cars list for 2021” behind Kia Rio, Chevrolet Sonic, and Nissan Versa. Edmunds has awarded it second place, behind only Toyota Yaris.

From 1995 to 2020, Hyundai Accent had only 11 recalls, mostly as a brand-wide action to correct minor faults. Considering the number of vehicles sold, owners have reported a marginal 233 complaints across all model years. On such a small sample, it’s difficult to determine a pattern, but the model years rated as the most problematic are a part of the fourth generation.

The part of making a good economy car is making sure it has great gas mileage. Hyundai Accent has decent fuel consumption that is improved upon with each generation.

The latest Hyundai Accent performs slightly worse with the 6-speed manual transmission, getting 33 combined, 39 highway, and 29 city MPG. The modern automatic transmission can outperform manual gearbox, but that isn’t the case with the older technology. Third-generation performs marginally better with a 5-speed manual gearbox and the difference increases as you go down model years.

How Much does a Hyundai Accent cost?

The brand-new Hyundai Accent is not an expensive vehicle, priced around $17,500.

Like every car, it loses its value over time, so let’s take a look at the historical depreciation analysis created by CarEdge.

As expected, the sharpest price drop happens immediately after Accent is bought (20%) with the second price drop happening between ages four and six when the warranty period expires. A 2016 model is half the cost of a new Hyundai Accent, and considering the relatively low cost of maintenance, it’s well worth considering. Five-year-old Hyundai Accent is the best-value purchase, but the two, four and six-year-old models also have good used purchase value.

How Expensive is Hyundai Accent to Maintain?

By using the extensive statistic reports made by CarEdge, we can determine that Hyundai Accent is cheaper and more reliable than most cars in its segment. The maintenance of a brand new Accent over the first 10 years will cost $5,778, a thousand dollars less than average.

The chance that Accent will need major repairs in the span of 10 years is 17.73%, 3.77% less than vehicles in the same segment. The following table breaks down annual maintenance costs and the risk of major damage by age.

How Safe is Hyundai Accent?

The early models of Hyundai Accent were not the safest vehicles, but that has gradually improved through the generations. The third generation had a mix of poor and acceptable grades from IIHS. Hyundai focused on improving safety with the 2010-2016 model, but there we still issue with the driver-side safety.

However, with the fifth generation, all issues have been ironed out. It has received near-perfect scores from IIHS and is one of the safer cars in the subcompact class. Hyundai Accents have stood the test of time, with some of the earliest models still driven on a daily basis. If you’re buying a used Hyundai Accent, up to 150,000 miles should be a safe purchase, provided it’s reflected in the asking price. Cheap maintenance and fairly durable construction make Accent a very desirable used car, so if you spot a good opportunity, don’t hesitate to grab it!