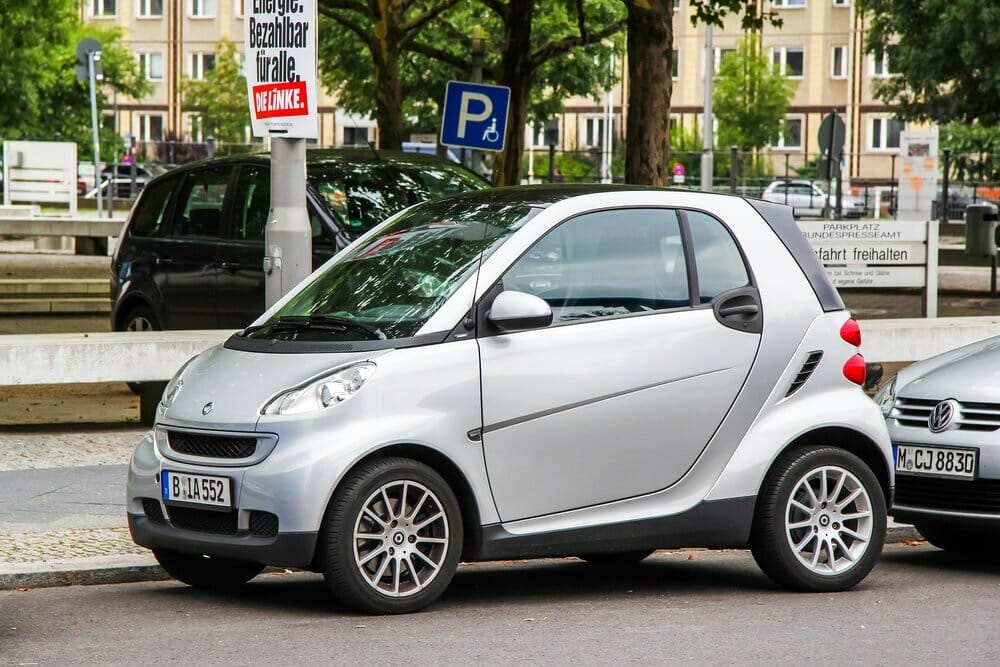 Smart is a division of Mercedes-Benz specialized in creating microcars with a unique design and distinct presence on urban roads.  The company was founded in 1994, with their first model – Smart City-Coupe released in 1998.

With proper maintenance, Smart cars can last at least 150,000 miles, but there have been examples that have crossed as many as 450,000 miles. In a moderate climate, Smart can last up to 20 years without major problems.

However, this is an optimistic estimate, as the cost of repairs will significantly reduce the viability of driving a Smart car. Keep reading to find out more about the major problems of Smart cars.

Smart Cars in The USA

Despite their popularity in Europe, Smart cars saw limited availability in the US, with the first cars arriving in 2008. The third-generation Smart Fortwo Coupe was released in 2016, alongside Fortwo Cabrio. In 2017, Smart USA decided to discontinue all petrol-powered Smart cars, and focus solely on all-electric production.

On its 10th anniversary in the US, Smart released a limited-edition Fortwo Coupe to celebrate its success. However, it was short-lived, as the company decided to pull out of the US marketplace in 2019, due to the high costs of homologating and insufficient sales.

7 Factors To Consider When Buying a Smart Car

Now that we’ve covered a brief history of Smart in the US, this guide will take you through the 7 important factors to consider if you own, or plan to buy a Smart car.

Fuel consumption doesn’t have much to do with the lifespan of a vehicle, but it’s important to note when it comes to Smart Fortwo. Despite their size, petrol-powered smart cars are not the most efficient vehicles on the road.

In the same model years and class range, many competitors achieve greater fuel economy than Smart cars. Toyota Prius, a heavier and larger car can get 51/48 mpg thanks to its hybrid system. 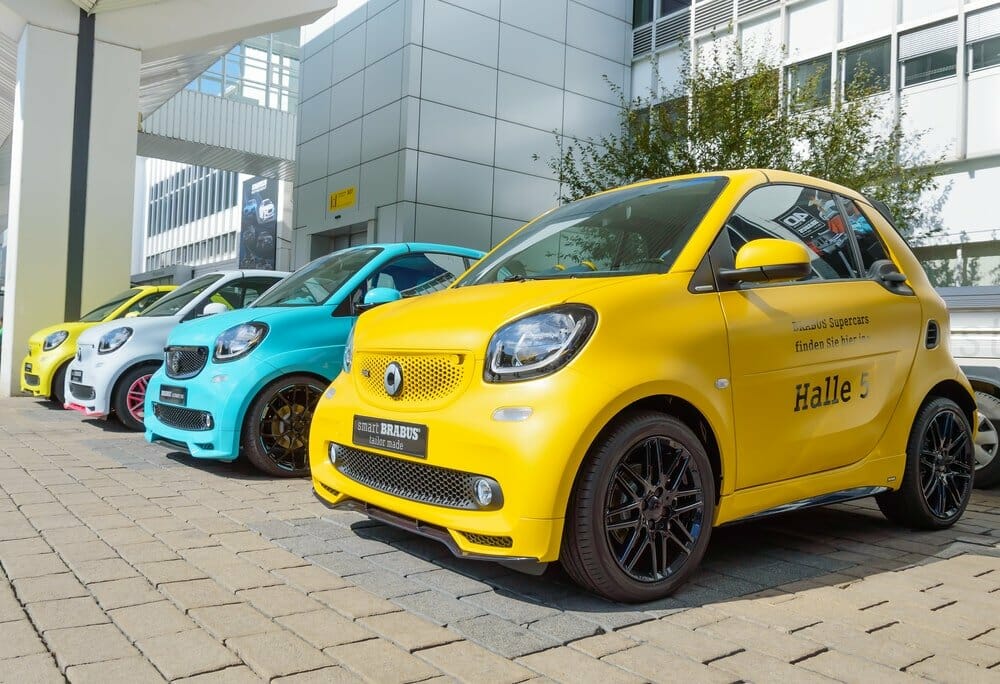 The final year of Smart Fortwo uses an all-electric power system, with a range of only 63-68 miles. However, it compensates for it with fairly quick charging times of 40 minutes on the public charging station, or 2.5 hours through a home outlet.

Despite the increased fuel consumption, Smart has one benefit over the majority of city cars – its parking flexibility. If allowed, Smart can squeeze into the same spot with your other car, saving you a parking space. On the street, parallel parking will be easier, but due to its size, you could park at a 90-degree angle to the parking space, and still fit within boundaries.

One would assume that a strong connection with Mercedes-Benz would be a benefit for Smart. Unfortunately, that is not the case.

Smart cars take the biggest drawback of the Mercedes brand, which is the expensive maintenance, and combine it with a fairly unreliable engine. An owner of a 2015 model has total engine failure after only 22 thousand miles, with replacement cost being $14,000. Luckily, he was covered by warranty, but the remaining Smart cars in the USA aren’t anymore.

Some owners have reported no issues even after 100,000 miles, with a record being 450,000 on a company-owned model. If considering buying a used Smart car, make sure to inspect it thoroughly for mechanical faults.

Because the engines are chain-driven, they require less frequent maintenance. However, keep in mind that the replacement interval is between 75,000 and 95,000 miles. A new timing chain with the labor can cost you as much as $2,000. The tightly-packed engine is very difficult to work on, which skyrockets the cost of labor no matter the type of service or repair.

Smart Fortwo’s reliability is also affected by its gearbox. The 5-speed automated manual transmission is notorious for poor performance, even by the standards of a slow city drive.

Problems with gear shifts, lazy clutch, and generally unresponsive throttle are the main problems with the petrol-powered Smart with the automated manual transmission. The electric model doesn’t suffer from these problems, making it potentially a better purchase.

Smart cars are resilient to rust in moderate climates where salted roads are rare.When buying a used Smart, consider the region where it was driven, and look for scrapes, bumps, and scratches on the body. The panels can endure rust when intact, but if the protective coating gets stripped, rust can easily spread through it.

Considering how many 20-year-old models are still in use in Europe, rust isn’t a deciding factor in the longevity of a Smart car. 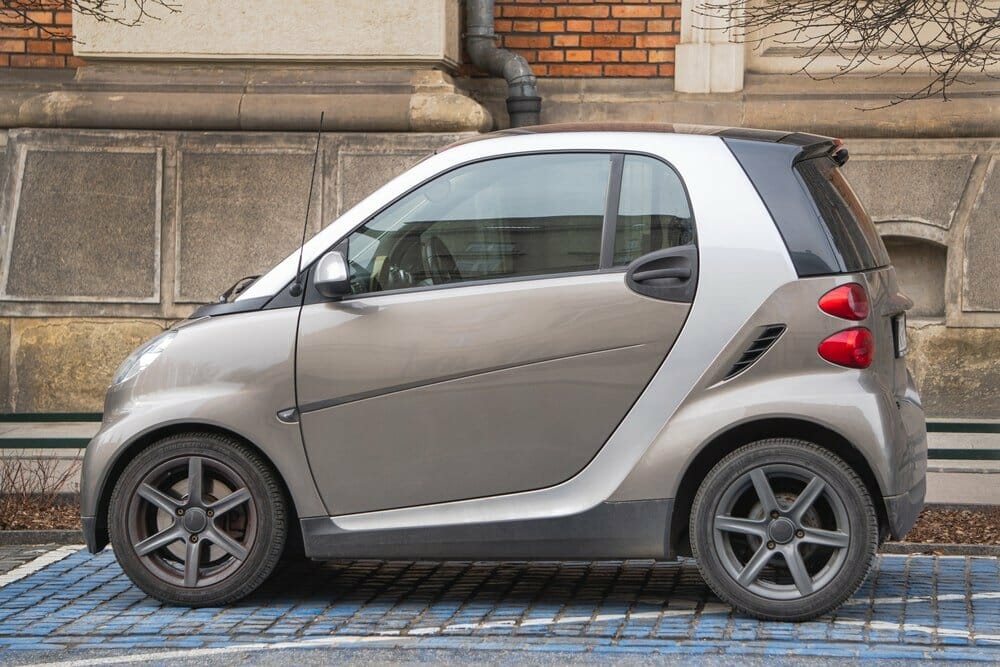 From a driver’s perspective, the suspension is one of the biggest drawbacks of a Smart car. The weak engine and lazy transmission will affect how well Smart controls on the roads, but it’s the suspension that’s responsible for ride comfort.

Not only is it very uncomfortable to drive a Smart car, it’s also very expensive to repair suspension problems. A single shock or strut replacement for a 2012 Smart Fortwo will set you back roughly $300. Multiply it by two or four, add additional parts, and you’ve got a very expensive repair on your hands.

If we take into consideration that Smart left the USA marketplace in 2017, it’s reasonable to expect that any all-electric model will need a new battery system soon.

The board estimate on battery replacement for Smart all-electric is $10,000 – $15,000. I had to confirm this figure by browsing forums, and it is in fact true. An owner reported in 2019 that the replacement batteries for their 2014 Smart Fortwo electric were priced at $11,000 without labor.

An unusual problem with Smart Fortwo is the brakes. There’s no issue with their effectiveness, but it has been reported that they wear out incredibly quickly, with one owner replacing them every 8 months.

This likely has to do with how the vehicle is driven and frequent braking on the city streets. However, while the standard brake pad lifespan is rated at 40,000 miles, Smart’s can only do 25,000 to 30,000, so there is some truth to this report.

How Long do Smart Cars Last?

As I stated at the beginning of the article, Smart cars can last more than 150,000 miles, but that is only if you maintain and repair them regularly. In reality, models imported in 2016-2017 can already have deal-braking problems.

Brand new Smart cars were unreasonably expensive, and while their price has dropped significantly over the years, the cost of parts and labor did not follow, especially the cost of battery replacement.

Is a Smart car good for long trips?

Smart cars don’t perform well on long-distance trips, but to be fair, they were not intended for that purpose. They’re best used for work commute and inner-city drive but can get you to a nearby destination if necessary. However, I wouldn’t recommend trips longer than a couple of hundred miles.

Why are Smart cars not sold in the US?

The official reason why Smart will not be imported into the US is the high cost of homologating combined with slow sales.

The size might lead you to think that Smart cars aren’t safe, but in reality, they perform better than most cars in terms of safety. Euro NCAP gave the 2014 Smart Fortwo a 4-star rating, with an 82% adult occupant, 80% child occupant, and 56% safety assist rating. 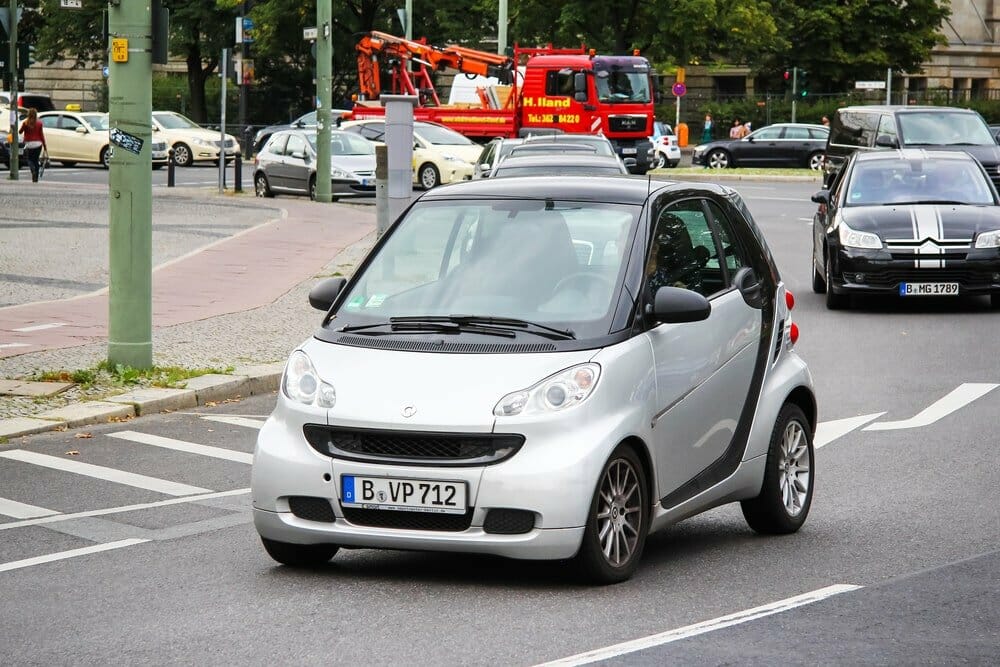 Smart cars are inconsistent in terms of reliability. While some can cross 100,000 miles with essential service, other models break down after a few oil changes. Combined with the very high cost of repairs and labor, Smart cars cannot be considered very reliable.

How much is an oil change for a Smart car?

To replace just the oil, you’ll need to spend roughly $100 on parts and labor. Oil and air filter are not very expensive, costing up to $20 each, so it’s recommended to swap them out with the regular oil change.

Smart cars can last a long time, but I would recommend alternative mini cars from the French, Italian or Japanese manufacturers. Models made by Citroen, Toyota, or Honda can be cheaper to buy and run while offering better ride comfort, battery range, performance, and reliability. From everything I have read on Smart cars, it does not surprise me that they decided to pull out of the US market.

If you’re adamant about buying a used Smart car, at least now you know how expensive they are to maintain and repair. I hope you’ve found the information you were looking for, and if you decide to get a better alternative to Smart, we’ve recently covered direct comparisons between Nissan Leaf, Honda Fit, and Toyota Prius, which are in my opinion all better options than a Smart.