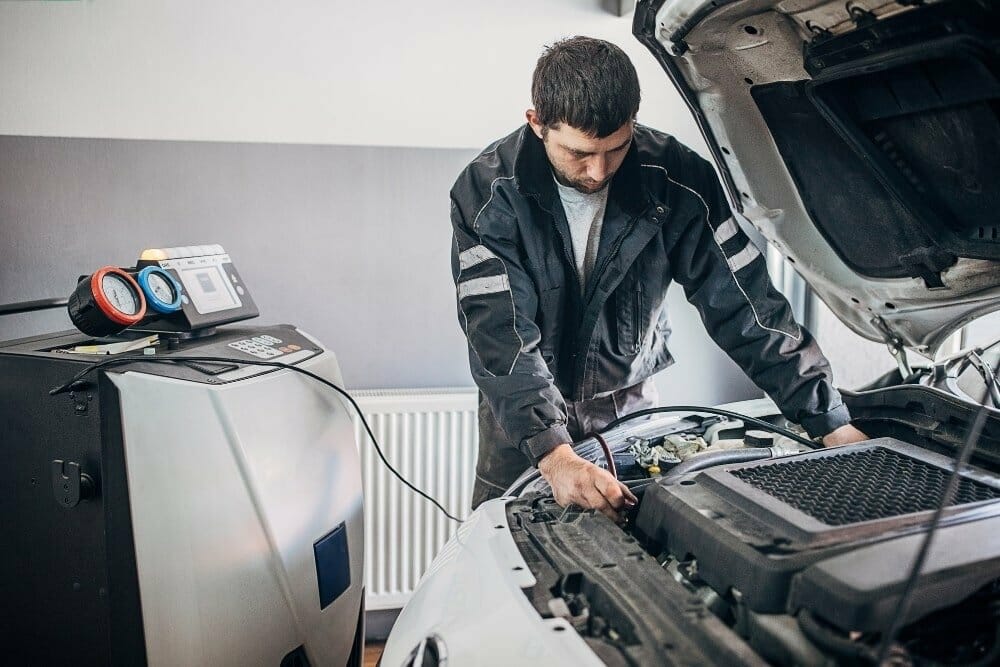 You’ve charged up the AC in your car to tackle the scorching hot summer days, but when you turn it on, it’s cooling worse than it did before. What likely happened is that you’ve overcharged your AC, which can cause a number of problems.

The likely symptoms of an overcharged AC are poor cooling, no air coming out of the wents, weird noises from the engine bay, and check engine light turning on. Because the AC coolant is toxic, fixing an overcharged AC is a job for a professional AC mechanic.

How Can AC Overcharge?

Most AC overcharge issues stem from DIY refills with cans of air conditioning freon. The pressure gauges are either non-existent or inaccurate and lead to system overpressure. It’s also common to go with the “better safe than sorry” method of adding more coolant than necessary, causing the overcharge.

I actually didn’t know this was a problem until recently, as I found it hard to believe that an AC mechanic can mess up the job. Then I heard stories of people charging the AC at home with cheap coolant cans bought on Amazon or a local supermarket. If you’ve read some of my other articles, then you know I’m all for DIY repairs, and spending the cost of labor on tools and equipment, but charging AC by yourself is something I wouldn’t recommend.

What are The Symptoms of Overcharged AC

There are a few ways to tell if your AC is overcharged, and the symptoms will present themselves immediately or after a short period of time.

If the AC is performing worse after being refilled than it did before, you’ve likely overcharged the system. The air coming out of the vents won’t be cold enough for the temperature you’ve set, and even at maximum power, you’ll experience a lack of airflow.

It’s normal for AC not to engage immediately in some situations, like cold starting the engine, but if after a few minutes there’s no air coming out of the vents, shut off the AC immediately. The system is overcharged to the point where something can fail, so don’t risk damaging it!

AC failures are generally expensive to repair, and if the compressor dies it might even rip the serpentine belt and cause a number of problems. Unusual noise coming from the engine bay after refilling the coolant is one of the signs that something has gone wrong. If you can’t hear it, but you’re experiencing one of the first two symptoms, leave the car in parked gear and lift up the hood to get closer to the compressor. It’s located on the serpentine belt that is easily recognizable due to its shape. 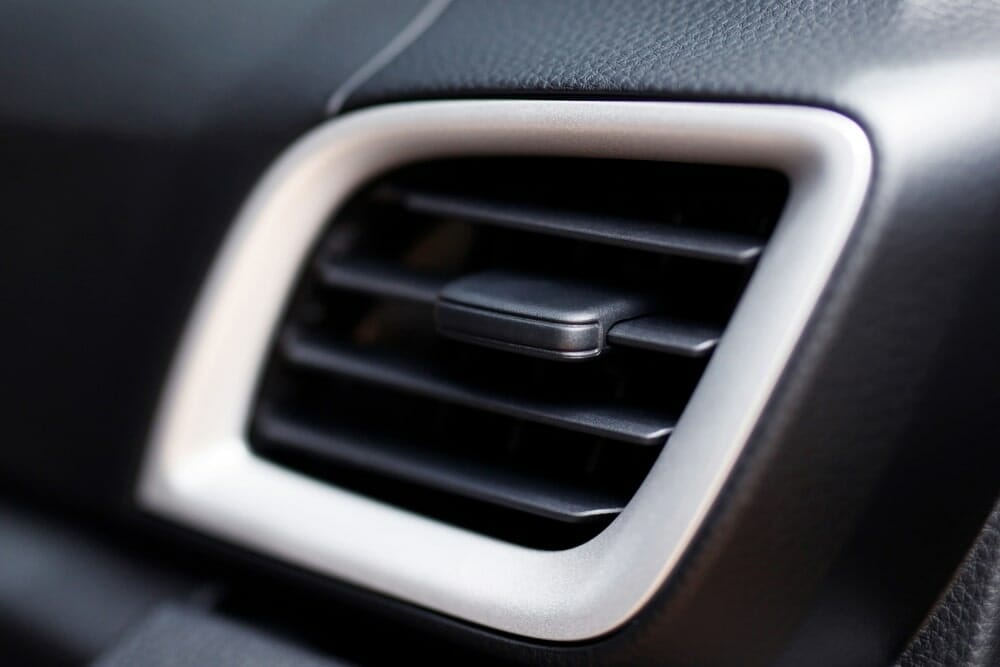 How to Fix an Overcharged AC

The only real way to fix an overcharged AC is to take the vehicle to a specialized mechanic that can use the right tools to depressurize the system.

Most mechanics charge the same for reducing the pressure as they would for filling it back up – $100 to $250, and that’s only if no parts of the air conditioning systems were broken due to overcharging. The compressor costs around $1,000, and if it caused the serpentine belt to snap, the damage could go into thousands of dollars.

DIY AC Charging – Should You Do It

I’m all for saving money and doing repairs yourself, from changing oil and filters to swapping out head or taillamps, but when it comes to AC, it’s one of the few systems I strongly advise against working on at home. Like opening up the engine block, unless you know exactly what you’re doing, you’ll only cause damage.

I’ve seen everything from $10 cans to $100 AC kits on Amazon, but it makes me wonder why would anyone try to do the task a mechanic can do for relatively cheap. Think about it, if you can buy a can of freon for $10, then why is the mechanic still in business when he charges $100? It’s because he has compressors and gauges worth thousands of dollars, and knows exactly how much coolant the system in your car needs.

How Often Do I Need to Recharge AC?

The more you use the AC, the sooner it will need a recharge.

Provided there are no leaks and you live in a moderate climate, your AC can operate on a single charge for 2-3 years. If you’re in a hotter area where AC is needed for most of the year, then you’ll need to recharge it annually.

Can overcharging the AC cause overheating?

I have seen several answers which say they can, but I think they are incorrect. The AC is an isolated system, with its own radiator, compressor, and hoses. It has nothing to do with the engine’s cooling system. The only overheating an overcharged AC can cause is inside the passenger cabin, as it fails to deliver enough cold air to lower the temperature. Still, lowered windows and regular ventilation at a moderate-high setting should be enough in most circumstances.

The only way an overcharged AC can cause engine overheating is through a series of failures – AC gets overcharged, causing the compressor to fail, more importantly, the compressor pulley and clutch. Because the compressor is powered by the serpentine belt, if the pulley gets stuck, the belt can break.

When the AC gets overcharged, the only course of action is to take the car to a specialized AC mechanic and get the pressure corrected. If you’ve come to this article to explore the risks of charging AC at home, then I’ll give you a warning not to do it. The savings are marginal in comparison to the risks involved. Leave this job to a professional, and check out some of our other guides to see how you can save money on safer and easier jobs!