Toyota Prius is one of the most popular cars ever produced, but Nissan Leaf was the world’s best-selling electric car until it was overtaken by Tesla Model 3 in 2020.

Choosing between Nissan Leaf and Toyota Prius comes down to the power source. Nissan Leaf is a plug-in, all-electric car, while Toyota Prius is a hybrid. Prius Prime is Toyota’s plug-in hybrid released just a couple of years after Leaf as its rival. Both vehicles have a lot of merits, but we’re here to find out which one is the best.

The production of Nissan Leaf started in 2010 and has been going strong since. By the year 2020, half a million were sold worldwide, with 114,827 sold in the US alone. It’s classified as a subcompact or small family car, with a 5-door hatchback body style. The electric motor is in the front, powering the front wheels.

In 2015, Warranty Direct has made a report on the failure rate of Nissan Leaf battery packs in Europe. The sample size consisted of 50,000 cars ages between 3 and 6 years old. The tests were performed over five year period, concluding that Nissan Leaf has a battery failure rate of under 0.01% – a total of 3 cases. Cars running on fossil fuel suffer a far greater rate of failure at 0.255%.

What’s unusual about Leaf’s production are the constant improvements made to increase range and create minor quality improvements. The first generation was produced from 2010 until 2017 when the second generation took over and is still in production today.

There’s not a person in the world that hasn’t heard about Toyota Prius. The icon of the hybrid movement, Prius has been around since 1997. The combination of the petrol-powered internal combustion engine and high-capacity batteries turned out to be a great match. Prius could surpass the fuel economy of any classic petrol-powered car while delivering respectable power and reliability.

In 2012, Toyota unveiled their plug-in hybrid variant of the Toyota Prius, called Prius Prime in the USA. The second generation started in 2016 and is still in production. What makes the Prius Prime different is the ability to drive exclusively on electric power over short distances. We’ll touch upon the differences in how the vehicles are powered in the comparison portion of the article.

The following section will focus on the key differences between Nissan Leaf and two Toyota Prius models – classic and plug-in hybrid. The power source is the most significant factor, but I’ll also provide information on safety, fuel consumption, interior comfort, and features to make the most informed purchase.

Because Nissan Leaf did not exist before 2010, I will reduce the scope of Prius vehicles to include only the third and fourth generation, as the earlier models have no direct competitor.

Nissan Leaf, Toyota Prius, and Toyota Prius Prime are fundamentally very different vehicles. Leaf is an all-electric vehicle that runs on batteries and has to be plugged in a power source to recharge. Toyota Prius consumes gasoline like a regular car but it’s assisted by the electric motor and batteries, resulting in reduced fuel consumption. Prius Prime keeps the petrol engine but takes the hybrid concept further with high-capacity batteries that require plug-in recharging.

The following table represents the average fuel consumption during the combined drive. As Nissan Leaf is an all-electric vehicle, instead of miles per gallon, the table contains information on the maximum range with full batteries. All of the data has been gathered from the US Environmental Protection Agency website (EPA) as it’s the most reliable and objective source.

Initially, Nissan Leaf had a very limited range, which was continuously improved through better regenerative braking, weight reduction, improved aerodynamics, and of course larger batteries. Battery size is responsible for the biggest leaps, as Leaf started with a 24 kWh battery, increased to 30 kWh in 2016, 40kWh with the second generation, and 62 kWh with the Leaf Plus. To charge the 62 kWh battery on a 120V outlet would take 2.5 days, so the use of a 240V outlet or a fast-charging station is recommended.

Toyota Prius improved in a more linear fashion from 48 to 56 miles to the gallon, which is significantly better than any conventional car. Toyota Prius Prime can operate in the same mode as regular Prius and get negligibly inferior MPG. However, it’s when the batteries are fully charged that Prius Prime shines, with the first generation reaching 95 MPG. Toyota’s engineers somehow managed to improve that figure even further, with a drastic increase to 133 MPG!

On the surface, Prius Prime seems to be the clear winner, but it’s not that simple. First, the 133 MPG range can only be achieved with a full battery. The second caveat is that it’s only an 8.8 kWh battery, meaning it’ll take around 5 hours to charge at home, and it’ll only do 25 miles. With the help of the petrol engine, the range can be increased and that’s where the 133 MPG comes from. If charged regularly, Prime will consume next to no fuel during the daily commute or city drive. When you go on a prolonged trip, it’s no different than a regular Prius.

Fuel Consumption – Which is the Best?

Choosing the best car on the basis of fuel consumption and range depends on the model year you’re looking at.

From 2010 to 2016, Leaf is falling behind Prius and Prius Prime because of the short range and very expensive battery replacements. Keep in mind that these models are 6 to 11 years old and sooner than later, batteries will have to be replaced. Despite great popularity, Nissan hasn’t launched a refurbishment program in the US. The smallest, 24 kWh batteries will cost at least $5,000 to replace. The second-generation (2017+) is a great pick if you don’t mind the standard limitation of an EV – limited range.

Toyota Prius is the winner for the years before 2016, but after that point, it ties with Prius Prime. What has surprised me is just how expensive Prius hybrid batteries are.  Standard Prius battery cost starts at $2,000 with Prius Prime batteries being twice as expensive. Despite the similar cost of replacement to the Nissan Leaf, I would still swap the Toyota batteries because of the limited range of the Leaf.

Objectively, Prius Prime should be the best option, but there’s one thing getting in the way, and that’s the price. The cheapest Prius is roughly $24,500, while the cheapest Prime is $28,200. The price difference decreases with higher trim levels.

As the base, Nissan Leaf costs $31,620, $7,000 more than a new Prius, don’t expect to see a return on the investment, especially considering how well Prius holds its value. Charging an electric vehicle, while cheaper, is not free. However, if there are tax exemptions and incentives to buy an electric vehicle in your state, that would put Leaf back into the competition.

Third-generation Prius performs well thanks to the boost from the electric motor and delivers 134 horsepower and 142 Nm from the 1.8L petrol engine. I’ve had trouble finding an accurate figure on the combined power of the fourth generation, so instead, I’ll give you the individual numbers. The petrol engine delivers 121 horsepower and 142 Nm of torque, while the electric motor creates 71 horsepower.

Prius Prime shares the petrol engine with regular Prius and the difference in the electric system doesn’t contribute to an increase in power.

The truth is, none of these cars makes for a particularly exciting ride. They’re meant to deliver an economical and reliable ride, and with a weight of approximately 3,400 pounds, they’re heavier than all the vehicles in their class. The first generation of Nissan Leaf is the weakest, but there’s no real winner in this category, as all cars perform similarly within their role.

Euro NCAP doesn’t have official data on the Toyota Prius Prime, most likely due to its similarity to the standard Prius. Having reviewed the IIHS ratings, I can confirm that the differences between the two are negligible, and mostly come down to headlights.

The first table compares the first-generation Leaf with the third-generation Prius. Both passed the tests with a five-star rating and high individual scores and received top safety pick awards from IIHS.

There’s more of a disparity between the second-generation Nissan Leaf and the fourth-generation Toyota Prius. Toyota’s safety assist systems won by a significant margin, and together with Prius Prime, it continued to receive IIHS top safety pick awards. 2017 Nissan received a poor grade in small overlap front: driver-side from IIHS, which was corrected with the 2018 model. However, it did retain its top safety pick status.

In terms of safety, won’t make a wrong choice no matter which model you pick. When you find a desirable model, check the IIHS, Euro NCAP, and NHTSA for any unexpected safety concerns and recalls.

With compact cars, it’s important to consider the interior space. Because the standard and plug-in Prius Prime are virtually the same, so I’ll simply refer to both as Prius.

The main differences between Leaf and Prius can be seen in the back row. If you’re going to drive adults, you’ll appreciate the extra 2.7 inches of legroom in Prius. On the other hand, Leaf isn’t meant for long-distance travel, so the reduced legroom might not matter all that much.

I could not discover the reasons for this change, but the current Prius has less legroom than it used to. The dimensions of Leaf remained exactly the same, aside from the 0.2″ increase in the rear legroom, which puts it ever so slightly ahead of Prius. Neither vehicle is going to impress with its interior space, but both will be comfortable as daily commuters and for short destinations.

Audio entertainment systems support AUX and USB input, USB connection, and AM/FM stereo. Prius has six interior speakers, while Leaf only has four.  All three cars can be further customized through trims, packages, and individual options.

Because Leaf, Prius, and Prius Prime have unique power systems, it’s going be one of the determining factors in making a purchase decision. However, those power systems directly affect their final price.

Then there’s Nissan Leaf, an all-electric plug-in vehicle. The base S trim will set you back $31,670, almost the same as the best trim on the Prius. With subsequent trims, prices go up by a couple of thousand dollars, with the SL PLUS trim costing $43,970, a massive $11,320 difference in comparison to the Prius Limited. As Nissan Leaf is much more expensive than either Prius, think about the recharge cost, and any subsiding your state might offer.

With base or lower-end trim, Toyota Prius is a clear winner, saving you a significant sum. Once you approach the higher-end trims, the price difference with Prius Prime nearly evens out, so you can make the decision purely on the power source. Nissan Leaf is out of conventional competition, as it’s significantly more expensive. But as I’ve said before, it’s an all-electric vehicle, so if that’s what you’re looking for, there’s no reason not to pick it. 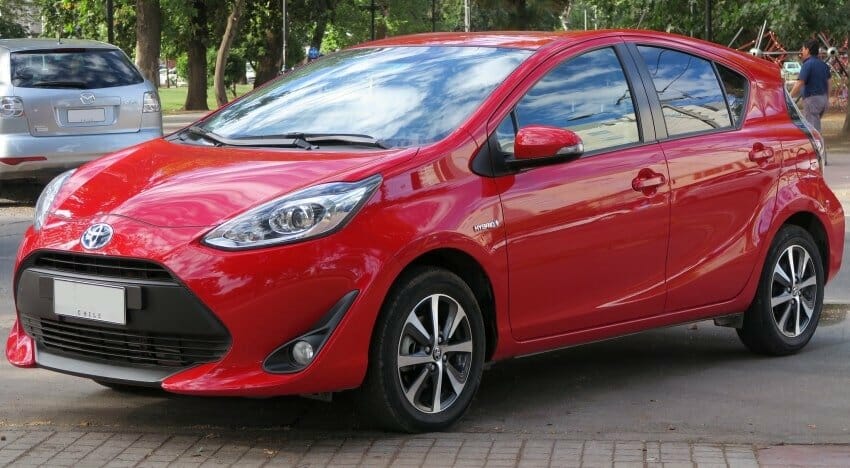 While each model has its merits, in my opinion, there’s a clear winner. From the oldest models all the way to brand new, Toyota Prius is the cheapest option to buy and maintain. There’s no additional high-capacity battery or battery set to replace as with the Prius Prime and Leaf, which can save you a lot of money if you’re buying a used car.

Prius Prime makes for a solid alternative when brand new, but only if you’re buying it with a higher-end trim. As for the Leaf, the $7,000+ difference is too much to recuperate even if you had a free power supply for a lifetime. And that’s without even considering the limited range, and cost of replacement batteries.

From all the research I’ve conducted, my biased opinion is that electric vehicles are not as clean or cheap to run as they’re set out to be. If I were to buy a car based on running costs and concern for the environment, a hybrid would be my first pick, and Toyota Prius/Prius Prime would rank highly on the list.