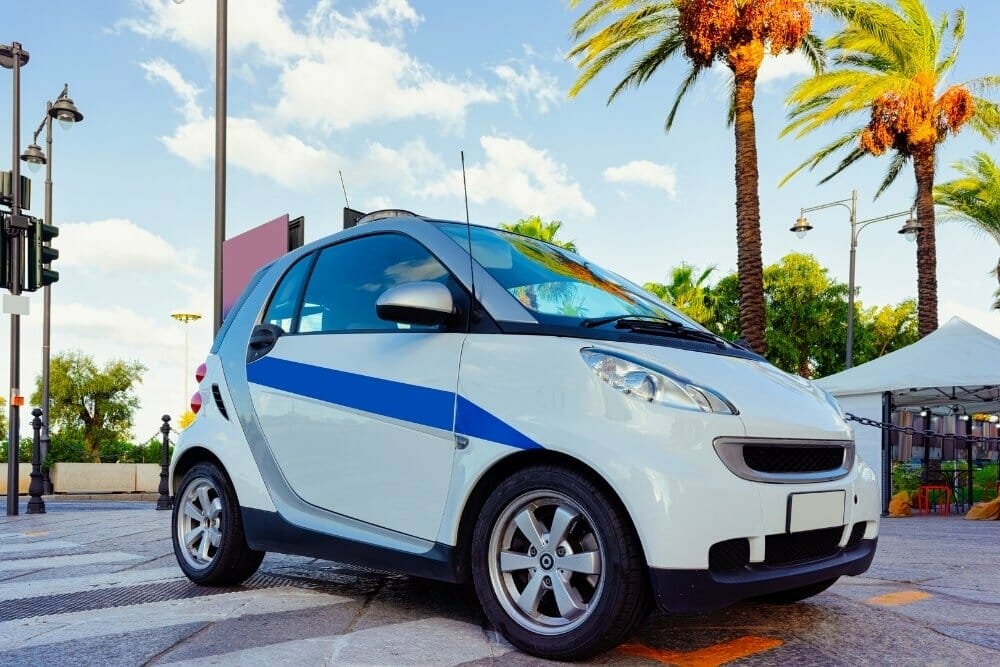 A smart car is known to be one that is automated and utilizes the best technology that complements its efficiency. Smart cars include the ones undergoing technological development and rely on electricity, are remote-controlled, and can improve car users’ safety on the roads.

Smart cars are quite exemplary for city driving due to their small size, making them easy to park. Smart cars rely on artificial know-how to improve or increase control of the vehicle by coordinating their navigation with vehicular automation. Production of smart cars began in the 1990s and has undergone advanced developments led by several manufacturers.

Smart cars have been tested on their safety level and rated to be safer on the road by different insurance institutions. Engineering of smart cars first took direction in 2008 following the rise in fuel prices in the United States.

Smart cars have been complimented for their low weight due to their small size, while their compact design increases the maximum utilization of the available space. Different companies are manufacturing these cars, and they come with varying shapes of the body, interior outline, and luxury features.

Let us expound further into the weight of these smart cars and an overview of their significance. We will outline the development of smart cars and describe their usability.

Over a couple of years, several global climatic summits whose main topic of discussion was the alarming climatic changes recorded across the continents. Global warming has pushed global leaders to formulate policies to curb the climatic impact quickly. Such summits are responsible for giving advisory to different stakeholders in the world economy and challenging them to develop possible solutions to environmental pollution sources.

According to different Global Watches, the rate of pollution in each country has been rising. The United States transport sector is responsible for thirty percent of the total greenhouse gases emitted annually. UNEP’s report indicated that the increasing fleet of cars on the road would result in a higher rate of environmental pollution by the year 2050.

These reports have hit the headlines over the decades, pushing most car manufacturers to find an alternative to fuel-powered vehicles. Following this debate came the adoption of the idea of electric-powered cars. More developments of smart cars are still baking, and the future is optimistic with automotive technology.

Do not judge the size of Smart cars. They may be small in size, but they are a big save to the economy and environment. Smart cars are referred to as city cars by many people since their small stature allows them to maneuver easily. Their tiny sizes make them very ideal for use within the city and on busy roads.

What You Ought To Know About the Smart Car’s Weight and Size?

Regular cars that consume gasoline have a direct proportion for their weight to the amount of gas consumed. The heavier the vehicle, the more gasoline it requires to stay in motion and vice versa. Smart cars weigh about 1550 pounds, which may go slightly higher or lower depending on the car model and the manufacturer.

Some of the features that make Smart cars weigh less include:

Do you quickly get bored by the dull colors of your vehicle? Smart cars offer users an option to replace body panels whenever they want a new look. The smart car’s body parts are replaceable and can also be recycled. This ability gives you the freedom to change your car’s outlook depending on your mood or theme of the day. Parts of the car that get damages are replaceable individually if the user is involved in an accident.

Smart Cars are Very Safe, and Here are Some Features that Prove It:

Reasons Why Should You Get a Smart Car

The smart cars’ most significant feature is their small size in nature, which has many underlying benefits.

Some key reasons why you may consider getting a smart car are here:

How Promising Is The Future For Smart Cars?

As technology is advancing, developments revolving around different sectors of the economy include transforming the automotive industry. Automotive technology has posed the hope to create safer and effective transport. Smart cars have undergone several years of research and development.

The future of smart cars is very promising, and here are some technological advances that are cooking:

Are There Any Challenges You Might Face While Using Smart Cars

Smart cars are among the topmost celebrated automotive technologies, but it also has a few challenges. The most common one is that smart cars are most convenient to use within the city, and so it may be challenging for users who live far from town. Secondly, people who want a family car may find smart cars too small to serve the purpose, and thus they go for the gasoline-powered ones.

As discussed above, smart cars offer users superb electric driving usability and improve their efficiency in movement. Smart car technology is in use for several cars that have been in use in Europe since the early 2000s. They are gradually gaining confidence from the users globally, the United States being the second in line after Europe.

The transport sector’s global economic advisors propose that once there are more smart car models, the demand may go up due to their effectiveness and cost-efficiency. Based on a previous case, when the first ones came on sale in the market, they completely sold out, indicating their efficiency and user experience.