We’ve all been in a situation where we don’t know what a certain button does or where a part is located. The location of the battery is different depending on the brand and model of the vehicle. Even if you’re just upgrading the model year of your Audi A4, the battery might not be at the same spot as in your previous car.

On the older generations of Audi A4, the battery is stored within the engine bay. Starting with the 2008 model, the battery is moved to the trunk of the car. I’ll cover every A4 model individually and how to safely disconnect and replace the battery.

With over 25 years in production, the history of the Audi A4 is quite impressive. You might be wondering why the first generation is labeled B5 – the reason is that Audi A4 has actually been in production since 1966 under a different name, Audi 80. The four generations of Audi 80 spanned over exactly 30 years, replaced by the A4 in 1994, with some overlap in production and sales until 1996.

The visual changes were not significant, as Audi kept its signature front mask design that is still present today. However, the use of the Volkswagen Group B5 (PL45) platform was the turning point for the German manufacturer, as the A4 was now fit to enter the 21st century. This means that it also shares its longitudinal engine layout with the VW Passat built from 1996 to 2005.

So where can we find the battery? Lift up the hood and take a look inside the engine bay. The portion closest to the windshield should have a black cover over it. Carefully remove it so you don’t tear the rubber, and beneath it, you’ll find the battery right in the center.

The second-generation A4 is the only VW group car that uses the PL46 platform. There’s a lot of debate whether the B6 Audi A4 continues to compete in the same class as the VW Passat. Having owned a 2000 Passat and currently driving an A4 B6, I can tell you that the interior size difference is significant.

The Passat can comfortably seat 5 adults, while the rear bench of a B6 is not the most comfortable and is way too cramped for 3 adults. However, Audi has always been a premium brand, so even though A4 is technically a class below the Passat, it will always match or even outperform Volkswagen in terms of features.

On the B6, the battery stays inside the engine bay, mounted in the center underneath the windscreen. While there’s plenty of room to access the battery, getting an 80+ Ah battery out is no easy feat, as it weighs over 50 pounds!

Audi B7 is the odd one of the lineup. It’s a heavily facelifted B6 with visual updates, improved steering and suspension geometry, new engines, and tech. However, it can be argued that these changes could have been kept within the B6 generation.

The battery can be found in the location as on the Audi A4 B6 – underneath the hood, below the windshield. Now it’s slightly moved to the driver’s side, swapping places with one of the fluid containers. It’s still very awkward and difficult to take the battery out and put a new one in, a problem that will be solved with the next generation of Audi A4.

While the B7 only updated the previous generation, it was still essentially a car released in the year 2000. The A4 B8 is a massive leap forward, with significant improvements in design, contributed in part to the new MLP platform that makes it possible to have a longer wheelbase without increasing the overall length of the vehicle.

The results are better handling, steering, and ride comfort, with the weight distribution at a 55:45 ratio. With the wheelbase length increase of 6.3 inches, there’s also much more room in the back row. Despite the mixed reception when release, the A4 B8 became one of the most popular cars in its segment. In 2012, it received a facelift that kept it relevant until 2016 when it was replaced by the current generation.

Audi’s engineers finally moved the battery from its previous location, but instead of keeping it inside the engine bay, it’s now located inside the trunk. To gain access, pull up the carpeting section and use the integrated hook to keep it raised. unscrew the cap holding the space-saver tire in place and remove them both from the trunk.

There’s also a protective plastic and foam to remove before the battery is fully revealed. Your job is still not done, as you now have to unscrew the metal plate running over the battery to protect it from the spare tire. Once you get rid of that, you can finally access the battery cover and terminals.

Honestly, after going through that process twice – once to remove the battery, and once to put everything back in place, I don’t mind breaking some sweat when removing the battery on my B6. The new process takes more time, but it is less physically demanding, which is more important as it reduces the chances of breaking something or injuring yourself.

The latest Audi A4 is an astonishing machine both in its design and performance. Its dimensions are slightly increased over the B8 generation, but despite that Audi still managed to reduce its curb weight by 265 pounds.

The battery has been kept in the trunk as with the A4 B8 and follows the same procedure to gain full access.

How to Replace the Battery on an Audi A4 (Universal Solution)

Gaining access to the battery is different depending on the generation of your Audi A4, but the core process remains the same.

To remove the battery, you’ll need a wrench of appropriate size. Loosen up the terminals, but don’t unscrew the bolts completely. Take off the negative (black) wire first, then the positive (red) by pushing and pulling as you raise the wire off the terminal. 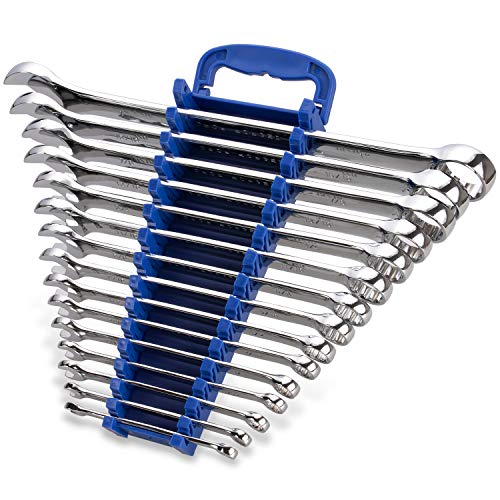 In the older A4 models, the battery is awkwardly positioned, so don’t be ashamed to ask someone for help. Car batteries are incredibly heavy and you don’t want to drop yours on the cables or the engine block.

The batteries mounted inside the engine bay should have the positive facing towards the right, while the positive on the trunk-mounted batteries face left. To clear any confusion, all batteries should face the driver’s side of the vehicle, and you can always check the polarity on the old battery or the position of the red and black wire.

Place the new battery in, then shimmy the battery terminal connectors on as far as they go. Tighten the bolts, but don’t overdo it or you risk snapping the connector. Put back the components going over the battery, and you’re done!

How to Choose a Battery for Audi A4

Choosing a car battery has been made necessarily complicated when there are only two things you really need to know: cold crank power and capacity. If your old battery served you well, the best thing to do is buy another of the same specification.

The alternative I use is the battery finder on the Varta Automotive website. Select your vehicle’s year and engine type, and Varta will provide a list of compatible batteries. You can take the information provided and use it to buy a battery from any manufacturer. You don’t have to find the exact figures, just round up and you’ll get a great battery.

On the US market, Optima is the dominating force among battery manufacturers. Known for their reliability and great value, they’re an easy option to recommend. 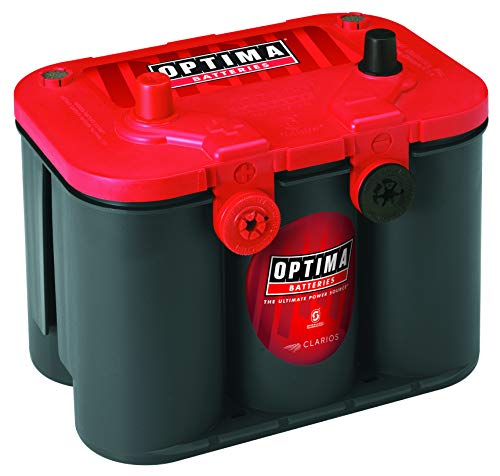